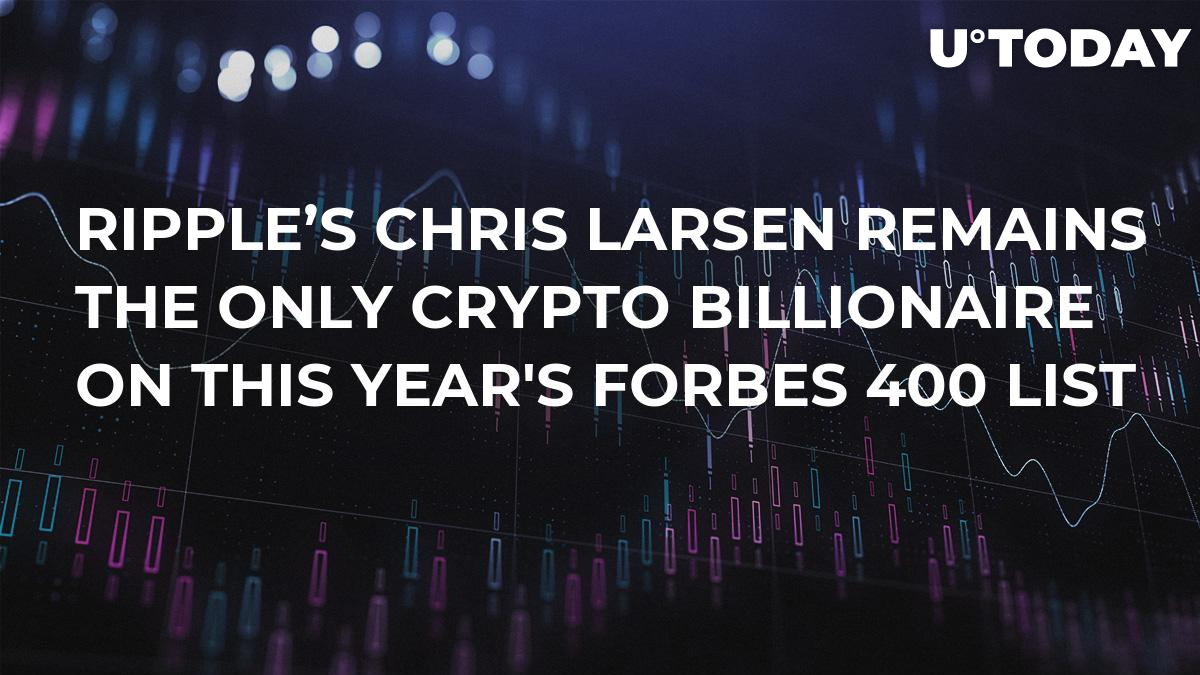 Former Ripple CEO Chris Larsen is the only representative of the rapidly growing cryptocurrency industry who has managed to make an appearance on the updated Forbes 400 list.

With a $2.1 bln net worth, Larsen sits at 388th place, which is five spots lower compared to the previous year (notably, his fortune hasn’t changed since 2018).
card

Skin in the game

Despite Bitcoin’s rally in the second quarter, XRP barely managed to move an inch. Tongues have been waggling that Ripple Labs might artificially surpass the price growth of XRP with continuous sales.

However, during a recent CNN interview, Garlinghouse explained that they have vested interested in the success of the company’s native token, which makes such accusations absurd.

In the XRP community, Ripple is the largest owner. The point I have made is that we are the most interested party in the success of XRP.”

As one of the co-founders of the Ripple protocol, he was awarded 5.19 mln XRP tokens for his contributions. At the peak of the crypto craze, Larsen’s net worth reached a whopping $37.3 bln, but this number has significantly dwindled along with the XRP price.
card

Jeff Bezos and his future contenders

Speaking of the wealthiest people on Earth, Amazon CEO Jeff Bezos remained at the top of the list despite a $38 bln divorce settlement that allowed his former wife Mackenzie Bezos to occupy 15th place.

The names of notable crypto tycoons who didn’t make it to this year’s list include the Winklevoss twins, Brian Armstrong, Chanpeng Zhao, “crypto king” Barry Silbert, and Garlinghouse who was worth a cool $9.5 bln back in January 2018.

Considering that cryptocurrencies are still in their first inning, the aforementioned name could challenge Bezos for the much-coveted first spot in the future.