Antony Koroid
Ripple showed a 21% recovery on Monday morning after falling to a new November top low of $0.329. On Monday, the XRP/USD pair reached the level of $0.399 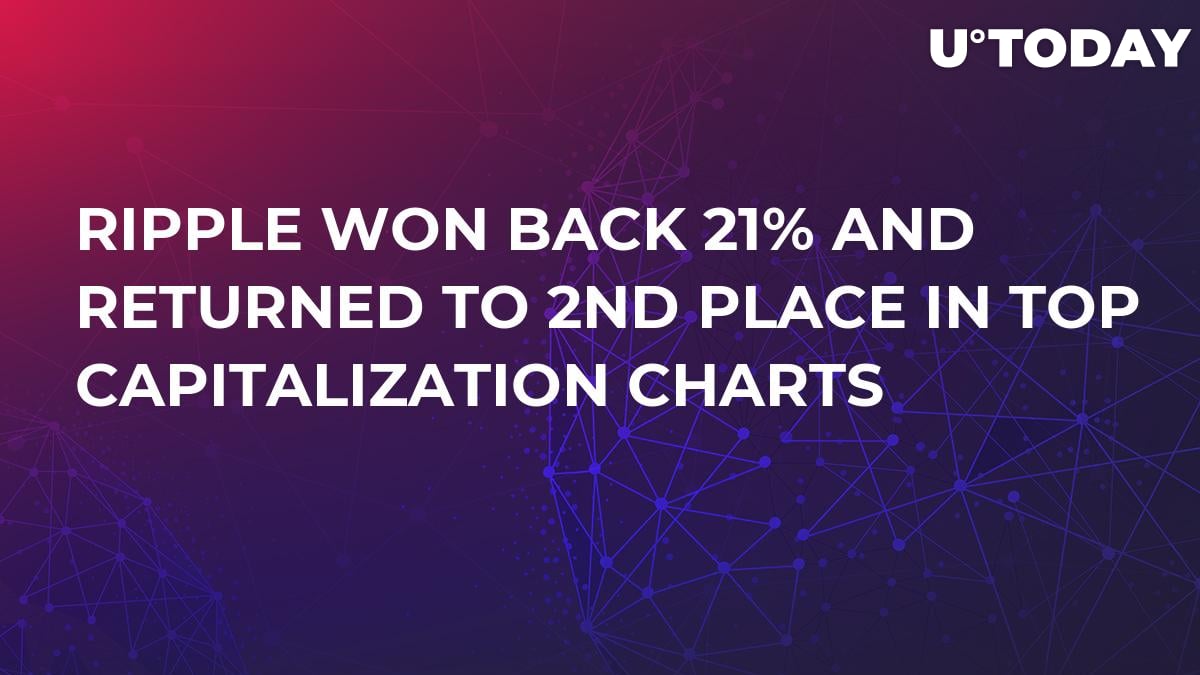 Ripple showed a 21% recovery on Monday morning after falling to a new November top low of $0.329.

On Monday, the XRP/USD pair reached the level of $0.399. Its market capitalization reached almost $15.61 bln, which allowed it to push Ethereum from the position of the second largest crypto.

Earlier on Friday, Ripple’s leading expert on marketing strategies, Cory Johnson, talked about the superiority of his coin over Bitcoin. He called it poor because of the strong centralization caused by the influence of Chinese miners. These statements attracted Ripple holders, but they could scare off potential investors.

Despite the correction, XRP couldn't reach solid backings. Therefore, it's premature to claim its stable position. According to some analysts, this may be a bearish signal that indicates the continuation of the downtrend, while others call it the beginning of huge recovery and growth.

The XRP/USD pair is aiming at stabilization. Its short-term uptrend will continue to the nearest resistance level, a 100-period simple moving average, before the pullback changes the trend.

Level 0.329 shows a decent support level. Previously, it was the evidence of a buying mood, but a break below 0.329 could be devastating, as it will open the way to a further potential decline to 0.268 for the pair. This level of support has been known since August.

The narrowed version of the rate chart provides additional information about the prospects for the movement of the XRP/USD pair within the day. As of now, it's aimed at the level of temporary resistance of 0.396 and temporary support of 0.371.

$BTC 2018 vs 2014: The final capitulation.
- Market will surge mid-late next year
- Low likely around $2000
- Supports bull case for $100k+ 2020
- Point of maximum opportunity at next surge in sell volume#bitcoin #crypto #cryptocurrency pic.twitter.com/21U5xXtjsD