Alex Dovbnya
The cargo industry is still plagued with red tape, but Blockchain is poised to change that 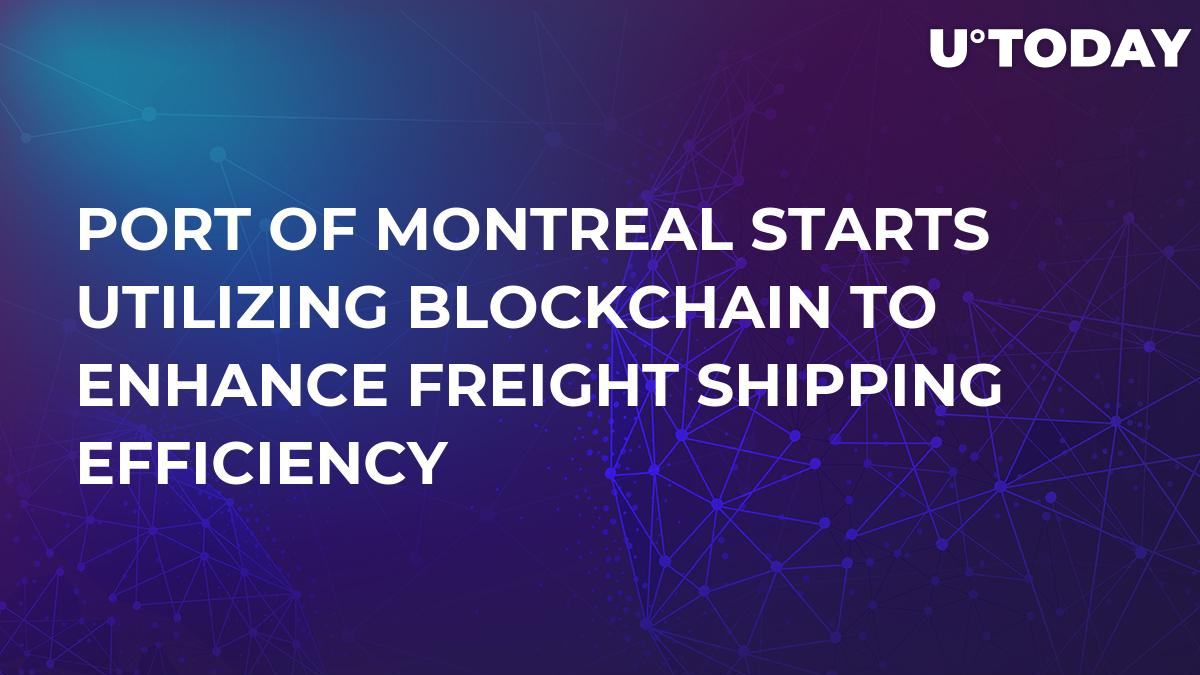 Nouriel Roubini, a notorious cryptocurrency critic, calls Blockchain “useless,” but the revolutionary technology keeps disrupting a myriad of different industries. Financial Post reveals that Blockchain is now being utilized by the Port of Montreal, Canada, in order to modernize its freight shipping service.

Jumping on the Blockchain bandwagon

According to the report, IBM, an old-line tech giant, is behind the new Blockchain-powered technology that allows seamlessly sharing data from ocean carriers and ports. IBM’s representative Manav Gupta claims that TradeLens, the new digitalized platform, will curb rampant bureaucracy in the maritime niche: it takes tons of paperwork to move a container ship from one port to another. Blockchain will help to increase the efficiency of shipping, taking advantage of the rising cargo volumes.

The importance of global cooperation

TradeLens is the product of a collaboration between IBM and Danish shipping behemoth Maersk. After being launched back in August, this shipping solution has already been taken on board by more than 90 organizations, including the ports of Singapore and Rotterdam. While it is challenging to cooperate with your rivals, there is a mutual benefit in data sharing (it has been proven to reduce logistics costs).

Inma Borrella, a Blockchain expert from MIT, believes that the success of the newfangled platform depends on how eagerly global business leaders are willing to adopt it. She adds that the ocean industry is rather reluctant to embrace new tech trends, and it still heavily relies on outdated paper documentation. Many institutions, she claims, are dipping their toes in this nascent technology, but they are not entirely sure whether their initial investment will pay off.

Is the technology secure enough?

Undoubtedly, paperwork has plenty of security flaws, and Blockchain emerges as a significantly more secure alternative because of its irreversible nature. However, the fact that there were so many crypto-related hacks is still alarming, and some industry experts believe that the distributed ledger technology is not a surefire way to achieve complete data protection.