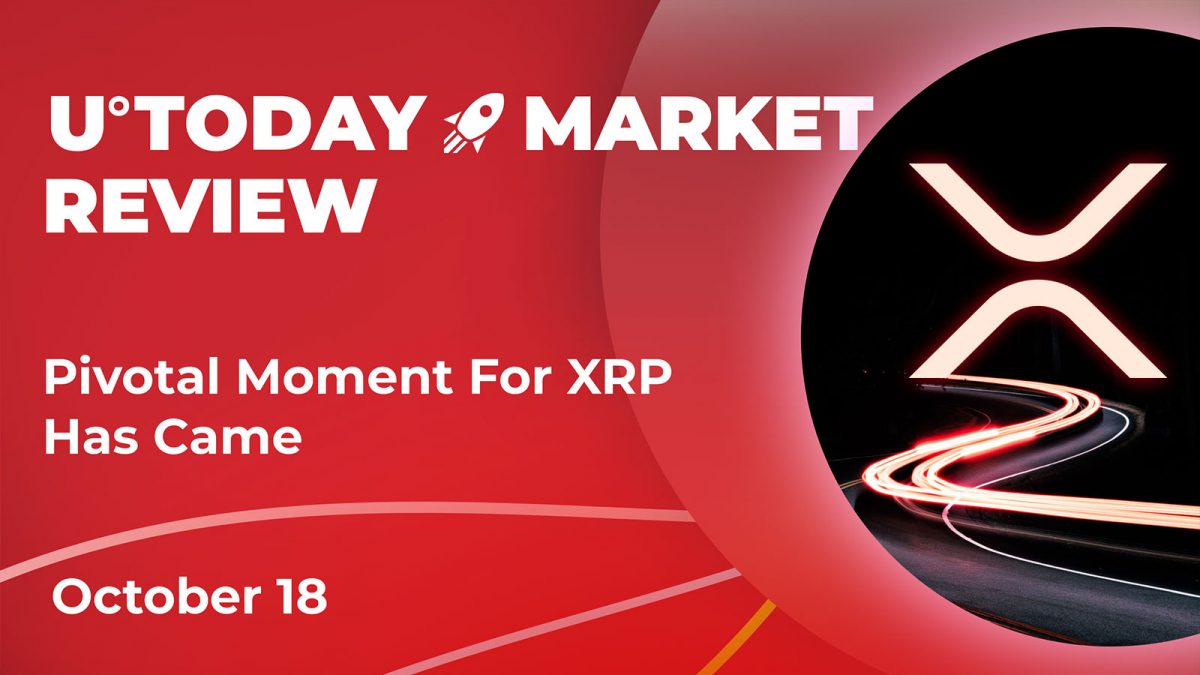 The last week ended poorly for most digital assets on the market despite the large number of recovery signs we saw throughout the week. Unfortunately, the trend continues and the biggest digital assets are moving in the red zone, including Ethereum, XRP and Cardano.

Now or never for XRP

XRP's strong rally that began at the end of September is probably coming to an end as the assets fall below the ascending channel that has been guiding its price upward. The lack of positive momentum on the asset creates conditions in which it desperately needs new inflows or it will start reversing in the foreseeable future.

At press time, XRP is moving in the 200-day moving average and will most likely drop below the support level as it has failed to gain a solid foothold above it. The fall below the 200EMA means investors will not see the cross between it and 50EMA, which is a strong bullish signal suggesting the downtrend is finally over.

All factors now show that XRP will continue moving in the downtrend despite the 63% rally. However, the sudden spike in positivity may appear if Ripple has another big win against the SEC in court. Initially, it was the main fuel for a price increase, but poor market conditions in general kept XRP from continuing the rally.

Despite showing some strength on the weekend, Ethereum's price performance returned to "normal" and kept showing almost nonexistent volatility and downward movement. For the last 30 days, Ether's price performance has been continuously moving in the low volatility price channel that the assets entered back on Sept. 23.

The cryptocurrency has returned below the 50-day moving average and will most likely continue to move under the indicator that acts as a guideline for the asset despite the second attempt to break it in the last two weeks.

The most likely scenario from here is the continuation of the consolidation despite the nosedived issuance on the network. However, the prolonged rangebound is not a negative tendency for assets. Without the volatility, fundamentally strong assets like Ethereum may attract more investors that would provide fresh inflows that will create a foundation for future rallies on the market.

Unfortunately, market performance or decreased issuance does not provide enough support for assets in comparison with network revenue and activity.

Performance of assets like Bitcoin has been similar to the aforementioned cryptocurrencies. The digital gold has been continuously trying to break the local resistance level of the 50-day moving average while moving in the ranging channel.

However, the wavelike structure of Bitcoin's movement shows that the asset's volatility may increase dramatically in the foreseeable future as it is being "squeezed" between the lower border of the consolidation range and the 50-day moving average.

At press time, Bitcoin is trading at $19,820 and showing a mild 0.37% price increase in the last 24 hours. Ethereum is not following the performance of BTC as it moves in the negative zone, with its price down by 0.3%.