Peter Schiff States That Bitcoin Has Less Utility Than Pot 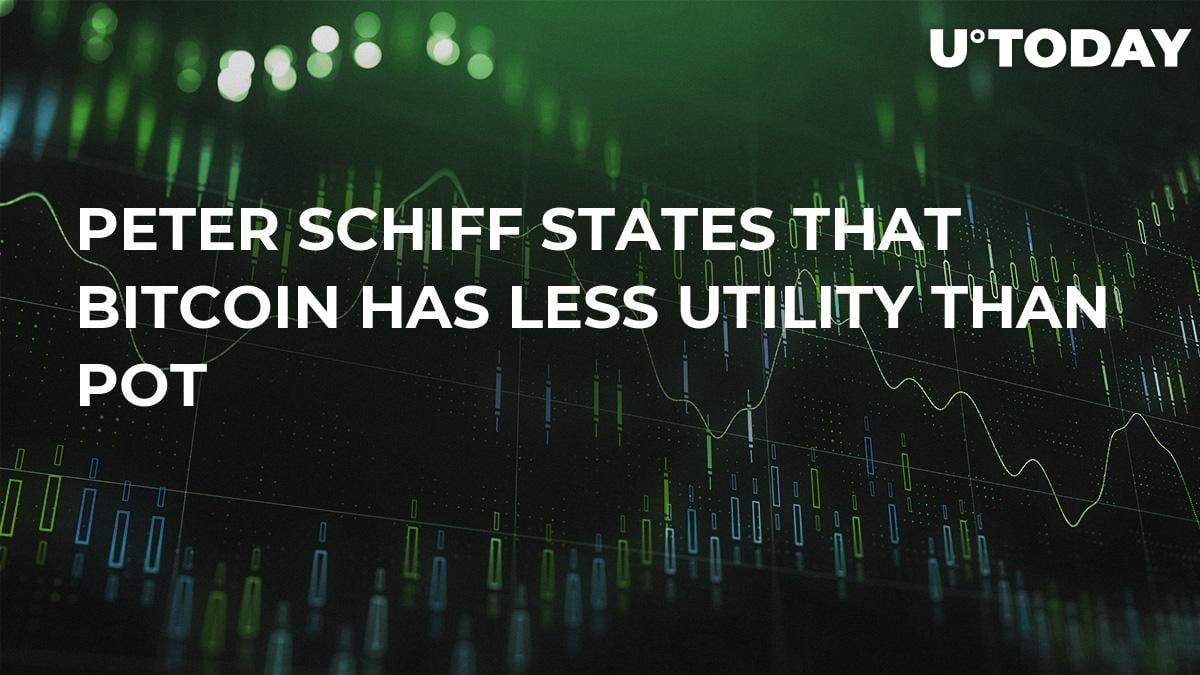 Peter Schiff has finally brought some clarity to the table after claiming that Bitcoin might see the same fate as plunging cannabis stocks. The famous gold bug makes it clear that pot is more useful stocks (because, well, you can smoke it and get high).

Lots of Bitcoin bugs criticized my tweet warning that the bursting of the pot stock bubble could be a harbinger of doom for Bitcoin as well. I am not comparing #Bitcoin to pot. You can smoke pot and get high. You can’t do anything with Bitcoin. The similarities are the bubbles!

Hence, marijuana makes it to the list of things that, according to Schiff, are inferior to Bitcoin. Earlier, he compared the cryptocurrency that started it all to a tennis ball, claiming that the former had less utility.

When crypto Twitter started to fight back, Schiff took a jab at unrealistic price predictions that were popping up during the peak of the crypto bubble.

As reported by U.Today, the Bitcoin permabear predicted recently predicted the orange coin could tank all the way down to $200, also saying that the market is grossly manipulated by deep-pocketed whales.