PAX Catches Up With Tether in Market Cap Race, TUSD Still Between Them 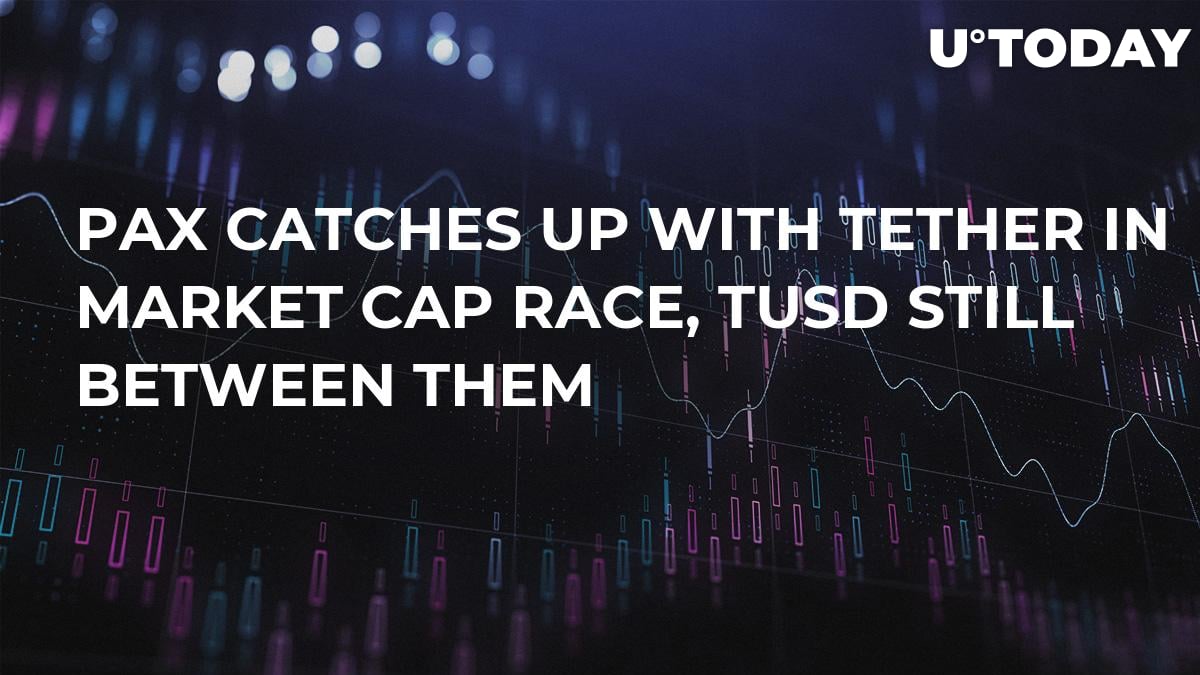 Nowadays, that the progress is providing a lot of opportunities for applying one’s spare money, investors seem to hurry to take as many as they can, putting their free cash in various crypto coins. The current trend is so-called stablecoins, pegged to, as is clear from the name, some stable assets, like fiat currency, gold, etc. Not all exchanges are taking the risk of adding them, but some are brave enough to do so. One of those platforms is Binance, which already trades three of such coins and, it appears, plans to add more.

Until now, the USDT coin, emitted by Tether Limited startup, has been the champion among the stablecoins. But now its leadership has got less stable, largely due to the fact that more asset-pegged coins are launching to the market. By now, over 50 new stablecoins have appeared and there are apparently more to come in the future.

Tether is also losing the lead due to the numerous controversies of the coin and its assumed connection with the Bitfinex exchange, also due to the recent banking trouble of Tether and Bitfinex. Therefore, USDT is losing investors at a high pace.

One of the present Tether rivals seems to be PAX (Paxos Standard), also backed by the USD and based on the ERC20 protocol. It has been rising in the market capitalization and is being actively added to crypto exchanges. Another stablecoin aiming to take the leading place of Tether is TUSD (True USD). Its market cap amounts to $168,374,069 as of Oct. 22 PAX can boast a market cap of $41,926,942. However, their daily trading volume is approximately the same.