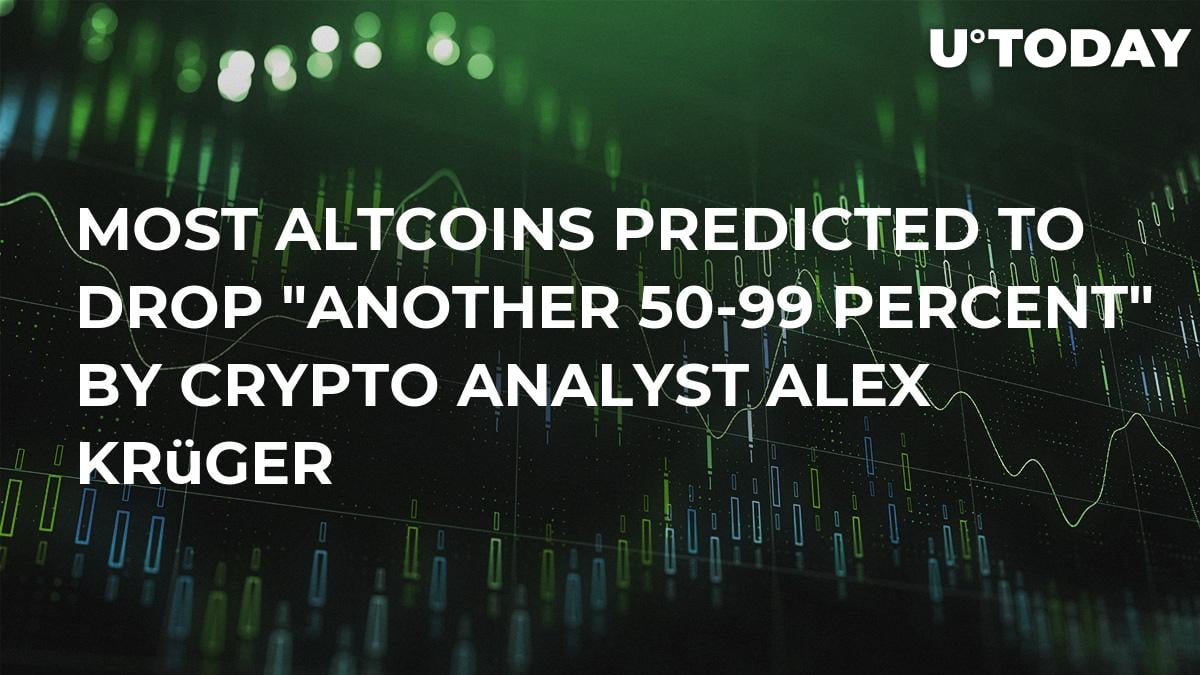 Prominent cryptocurrency trader Alex Krüger is certain that the lion's share of altcoins will eventually drop by up to 99 percent, delivering a final blow to their bagholders.

Krüger says the market will not remain "mispriced" forever, but he didn't specify when alts will take a hit. He also didn't predict what specific coins will suffer the biggest losses.

Most altcoins should eventually drop another 50%-99%. Markets can stay irrational/mispriced for a long time ... but not forever. pic.twitter.com/6Kk4Qn5cWk

Related
Bitcoin Price Hits $6,400. This Is Officially a New Bull Market
Almost 3,000 altcoins have been added to CoinMarketCap as of October 2019. There is a good chance that the overwhelming majority of these projects do not have anything apart from a white paper.

The ICO bubble that nearly allowed Ethereum, the number one altcoin, to topple Bitcoin back in June 2017 created a myriad of worthless projects that struggle to surpass their initial valuation.

Krüger's comment comes after a prolonging crypto winter that has dwindled the price of almost all altcoins. ETH is currently down by more than 86 percent from its ATH high that was recorded on Jan. 15, 2018.

Even if a given project is legitimate and transparent, there is no guarantee that it will somehow stay above the fray. For example, Krüger states that the market cap of Santiment (SAN) should be around $3 mln contrary to its current valuation of $29 mln.

$SAN is a utility token meant for accessing Santiment's premium services. It has a market cap of $29M.

Yet, according to my calculations, the present value of Santiment's future *revenue* is approximately $3M.

If so, $SAN's market cap should be *no greater than* $3M. pic.twitter.com/9IBmC18baX

There is also another major pain point for alts — regulatory pressure. As reported by U.Today, GXChain, a token whose market cap was nearing $600 mln back in January 2018, was abruptly shut down by Chinese authorities back in September.

What altcoins will be able to retain or increase their value? Share your suggestions in the comments!