Yuri Molchan
Another day is behind along with $25 bln more, caused by the top coins to slide deeply down the crypto market hill, dragging smaller assets along 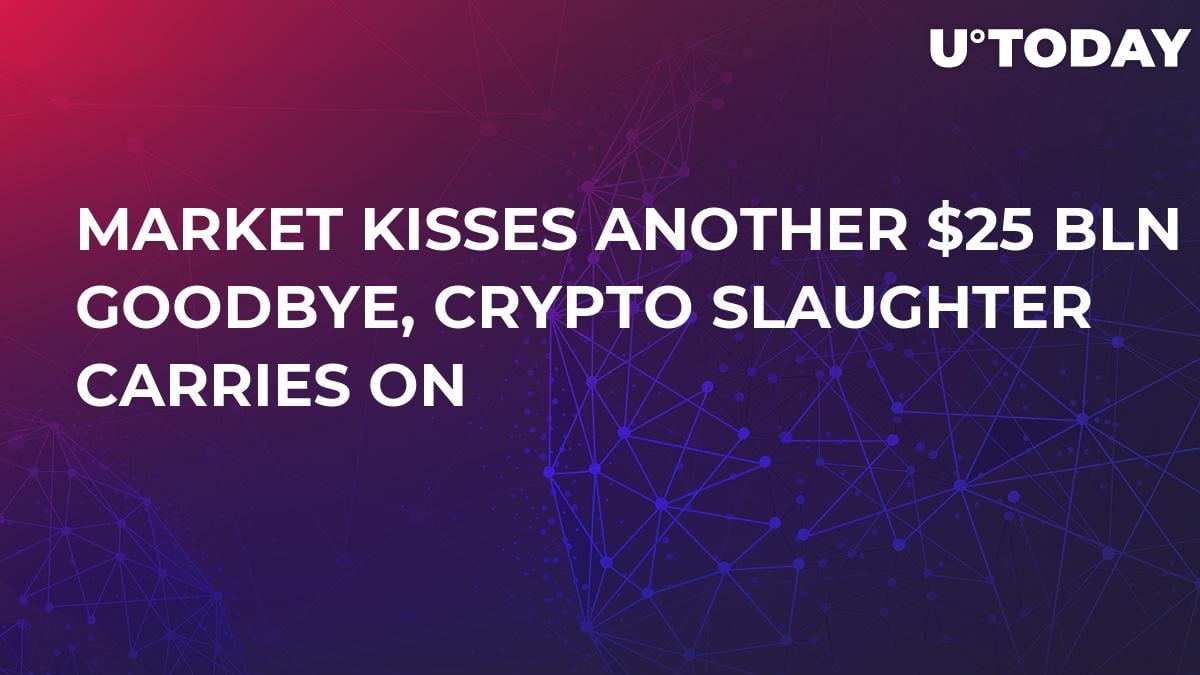 Crypto assets from the top ten group have shown major losses overnight: Bitcoin shed a whole 14 percent of its value, with Ethereum trailing behind, dropping 14.5 percent. It is followed by the recently split BCH, declining by 45 percent and XLM lost 10 percent, with all these coins losing a lot of their volume and momentum.

Bitcoin Cash gets ‘thinner’ more than other coins

Bitcoin Cash SV (BCHSV), the coin emerging as a result of the recent hard fork of the BCH chain, initiated by Craig Wright’s fraction, dropped from $170 to just $60 just in three days.

Its rival, Bitcoin Cash ABC, decreased from about $450 down to $270, too. The situation is becoming worse for the SV coin, also due to the fact that — as U.Today reported earlier — two major mining pools, BTC.com headed by Bitmain and Jihan Wu, and Bitcoin.com under the lead of Roger Ver, decided to end the “crypto chaos” and began mining only Bitcoin Cash ABC.

Analysts believe that the present situation in the market would force BCH and other digital assets go further down. In particular, BCHABC may well probe the $180 mark first time in its existence lasting slightly over a year.

As for other electronic coins — such as XMR, DASH, TRX, BNB and IOTA — they have all plummeted 16 percent on average.

It seems surprising to see Binance Coin drop, considering the fact that the exchange keeps the leading position in its line of business, with BNB being the coin with the best performance results throughout the year, even better than BTC.

BNB now has slumped around 74 percent, dropping from its historical high. In comparison, Bitcoin has lost about 76.5 percent and Buterin’s ETH declined 87 percent altogether.

However, BTC and BNB were both holding their market position for the past few months, from mid-summer until just recently. However, analysts reckon that since ICO startups still hold a lot of ETH coins, Ethereum may keep rolling down below major levels of support in the upcoming weeks.

ETH has dropped 15 percent, which is pushing the coin down towards a $130 low. As is said above, the forecast is coming true to life and startups that raised funds for their ICO projects in Ether are now selling it on major and minor exchanges.

Since the bearish pressure on Ethereum is getting stronger, the coin may drop further down and probe the $100 level. This would be the first time since 2017.