Alex Dovbnya
After Venezuela and the whole world said a firm ‘no’ to Maduro’s Petro cryptocurrency, the popularity of Bitcoin continues to rise 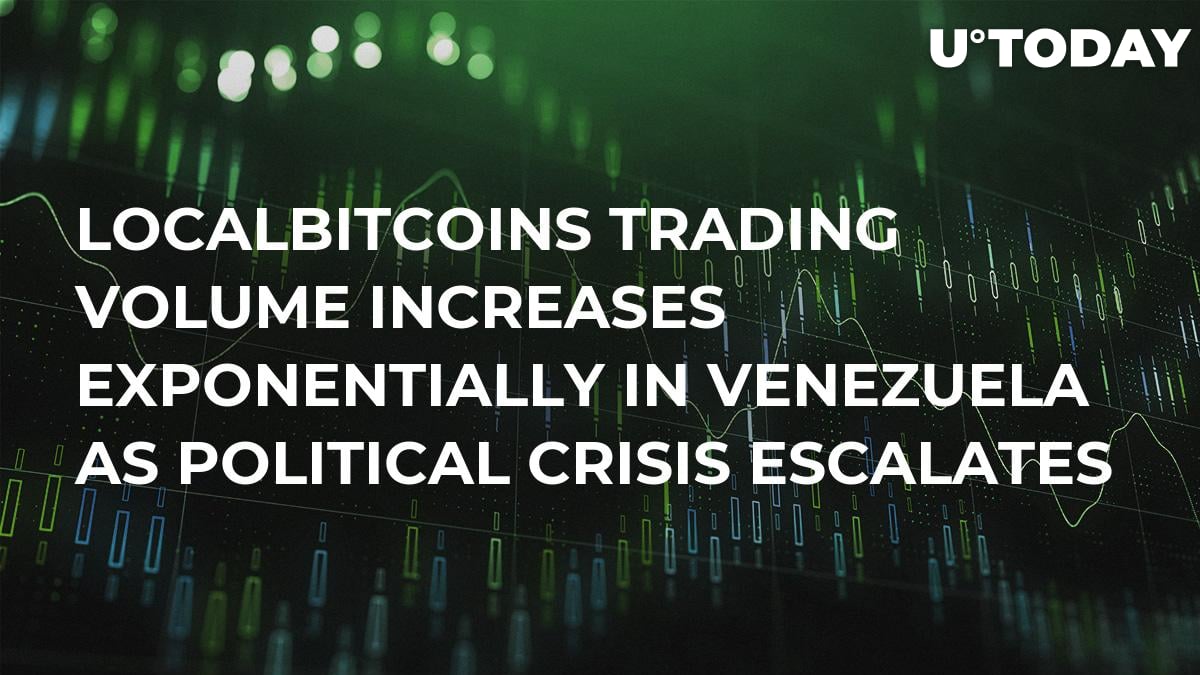 According to a new DataLight study, the popularity of Bitcoin, the top-of-the-line cryptocurrency, has skyrocketed in Venezuela amidst the ongoing political turmoil. On Feb. 2, the trading volume on LocalBitcoins reached a brand-new peak of 17.33 bln Venezuelan bolivars, which equals roughly $5.2 mln.

Bitcoin comes to the rescue

Notably, Venezuela is also responsible for 20 percent of the LocalBitcoins traffic. As trading volumes are increasing, more people are visiting the exchange, with a 40 percent increase in January. It’s one of the most popular websites in the country that is being plagued with food shortages, political crisis, and riots in the street.

For comparison, the country’s top stock exchange had a minuscule trading volume of $8,117 USD on Feb. 11, which signifies how much of a non-factor the bolivar has become here.

The rapid surge in trading volume comes amidst the news about the Venezuelan government imposing limits on cryptocurrency remittance services. U.Today reminds readers that President Nicolas Maduro has tried to push his own oil-pegged cryptocurrency (the Petro), which was supposed to shore up the country’s struggling economy, but his plan failed miserably.

Latin America remains the stronghold of Bitcoin adoption. For instance, it’s the second market for Dash (DASH), whose white paper was blatantly copied by the Petro.