Yuri Molchan
???A representative of China’s central bank warns that Libra could threaten cross-border payments in China, therefore the bank is looking into making its own crypto 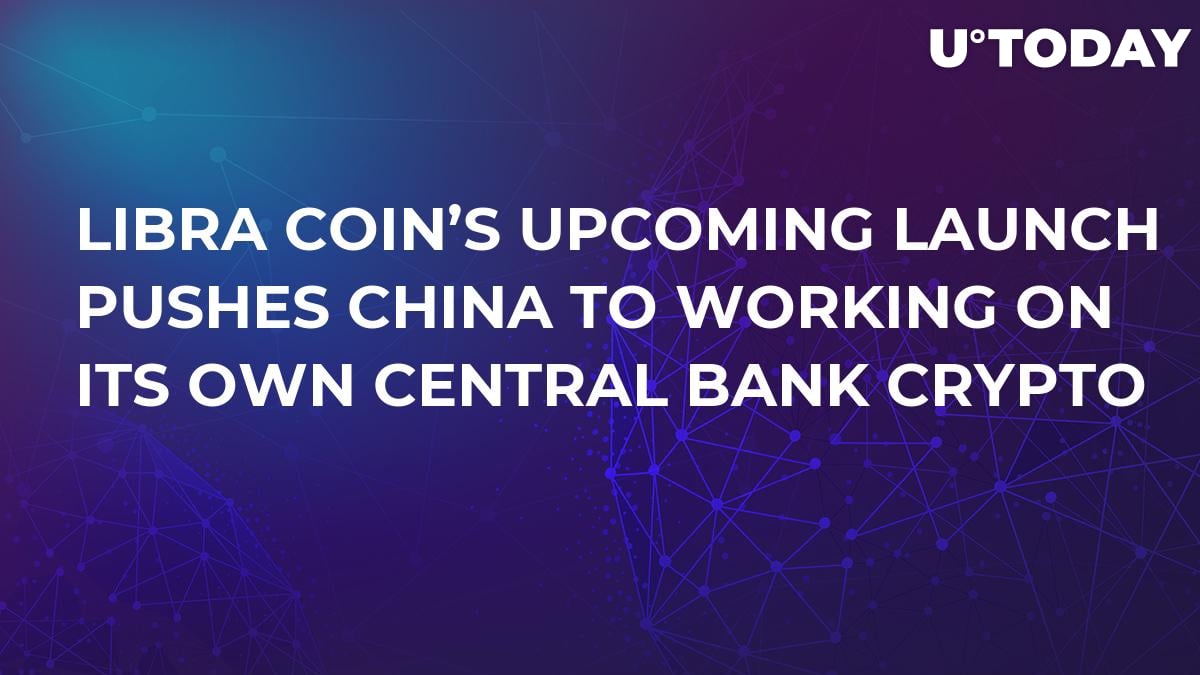 Facebook’s plans to launch Libra Coin seem to have stirred the community of conventional financial institutions all over the world with US and European bankers and lawmakers demanding to put the project on hold.

Recently, Japan also expressed its concerns regarding a potential impact of Libra on the local banking system. Now China is joining this circle, but it seems to be the only country that is considering a release of its own central bank cryptocurrency.

Libra may pose a challenge to China

As reported by South China Morning Post, on Monday, an official from the People’s Bank of China (PBOC), Wang Xin, stated that the upcoming launch of Libra coin next year could potentially threaten electronic payments within the country and affect its financial policy. To prevent that, China is returning to the matter of issuing its own centralized crypto controlled by the government and its central bank.

Back in 2014, the PBOC was the first bank to begin researching virtual coins. In autumn last year, it started to seek experts in the spheres of blockchain and crypto with a goal to begin developing its own centralized crypto.

PBOC to build its own crypto

Now, it appears that Libra is making the central bank continue with this target.

In particular, regarding Libra the Chinese central bank is concerned about the ‘contents’ of the currency basket Libra will be pegged to and the influence of the USD on the Facebook’s coin. The latter is important to China in the light of the current trade war with the USA.

At the moment, China is still holding its ban against Bitcoin and other crypto, as well as crypto exchanges and intends to prohibit crypto mining.

In order to oppose Libra and the impact it may have on the global financial system, not only China may be pushed to making its own centralized cryptocurrency.

At the moment, the set of fiat currencies that Libra will be pegged to includes the USD, the EUR, the GBP, JPY and the Chinese yuan.