Yuri Molchan
On Friday, December 14, the Komodo blockchain is conducting an ask-me-anything online session ahead of its scheduled upgrade the next day 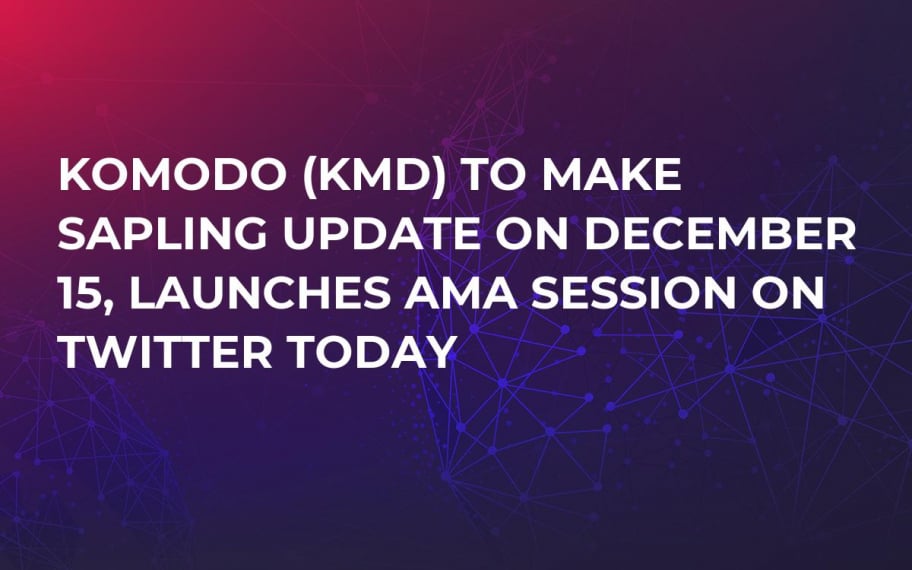 The Komodo chain is about to release a new version of its code base on Saturday, December 15. On Friday, they made an announcement through their Twitter account and on Reddit that today at 2 pm New York EDT they are to conduct an AMA (ask-me-anything) session for anyone wishing to express their curiosity on general issues or find out anything specifically. The upgrade is dubbed Sapling and will be based on Zcash technology.

Last week, the company publicized its intention to make an update of the blockchain’s code base. They called it the largest upgrade that Komodo has ever made.

The upgrade is obligatory for everyone who wishes to stay on the proper operating network and will be implemented at around 1 o’clock GMT on Saturday.

Three of the coin’s development teams promise numerous innovations and benefits to the users of the upgraded platform version. Also, they reminded users that at around Christmas or the start of January, the Ledger hardware wallet intends to embed support for the Sapling upgrade.