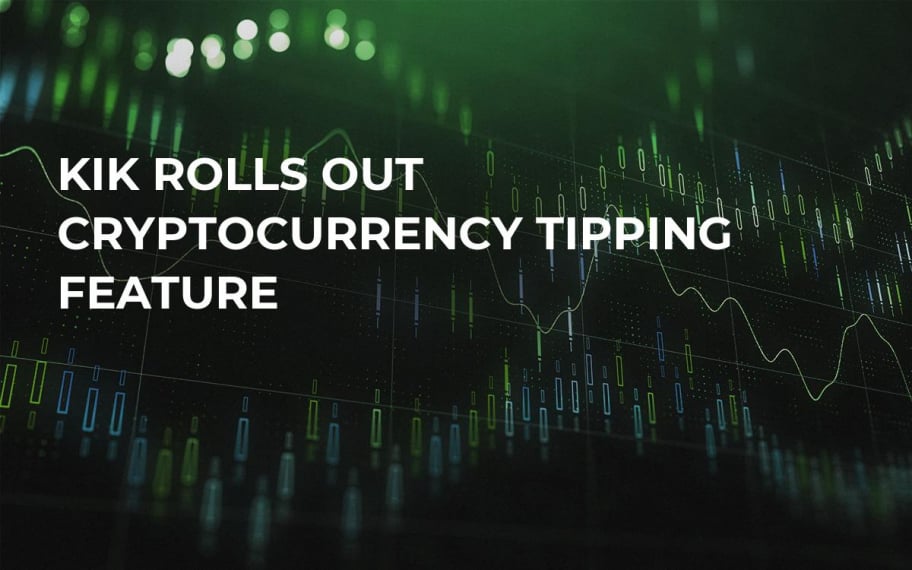 Kik users have noticed a new feature that allows tipping in cryptocurrency. Unfortunately, it’s only in the early stage of development, and its functionality is very limited.

According to the report, Kik moderators or admins are the only ones who are able to receive the Kin cryptocurrency in the form of a ‘thank you’ for maintaining the network. The tipping feature will only be available to a limited amount of users — they plan to create 1,000 public groups with up to 50 users being in each of them.

While it may not seem like a big deal, Ted Livingston, the founder of Kik, claims that this is a stepping-stone to shaping the Kin Ecosystem. The ability to tip would make the chatting experience more enjoyable.

The tipping option is very beginner-friendly — you simply have to click the corresponding icon that is situated in the top right corner in order to see the list of people whom you can tip. As of now, this feature is not available for the general public, but its rollout is already in the pipeline.

Another restriction pertains to the amount crypto that can be exchanged. One user is allowed to send no more than 500 KIN (an embarrassingly low of $0.01).

What the future holds for the Kin ecosystem?

Initially, Kik launched its token on an Ethereum Blockchain, but later they made the decision to migrate to a Blockchain of their own. Notably, the Kin Blockchain faced criticism from centralization opponents; it utilizes the same consensus algorithm as the EOS network. Kik is vowing to tackle this issue in the future.

The company is encouraging developers to integrate the Kin cryptocurrency, offering a whopping $3 mln. Each app will be properly assessed in order to ensure that it aligns with security requirements. The program faced backlash after one of the selected apps did not use encryption for storing users’ sensitive data.

ECB President Christine Lagarde on Crypto: 'We Want to Play an Active Role'