Turks Get Enthusiastic About Bitcoin While Economic War With US Starts 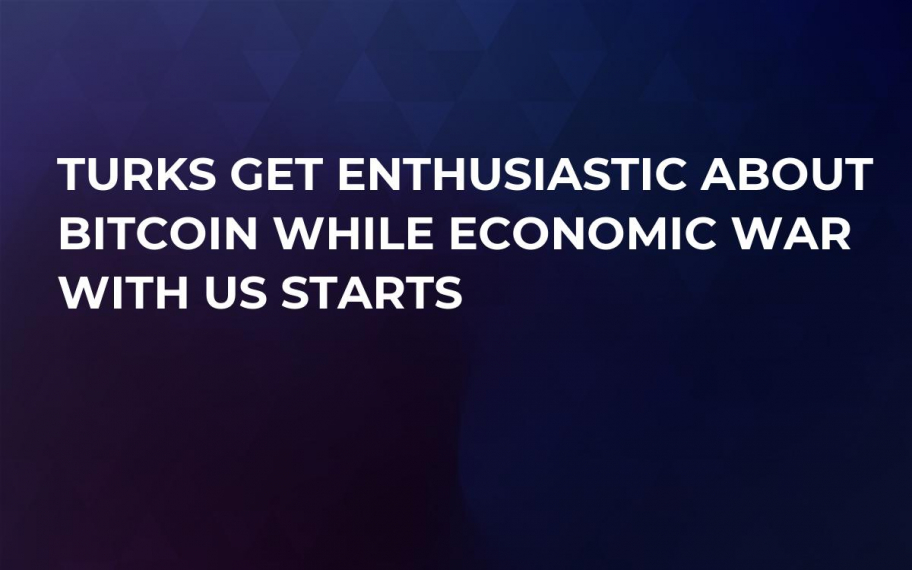 In the middle of a diplomatic spat between Washington and Ankara, Turkish people become more interested in crypto. The leading Turkish cryptocurrency exchanges report a massive surge in trading volumes as Lira, the country’s national currency, keeps dropping like a rock, losing a staggering 20 percent of its value overnight.

Inside the political turmoil

As a retaliation for the indictment against an American pastor Andrew Brunson, President Trump keeps imposing sanctions and tariffs on Turkey. Brunson was allegedly trying to convert Kurdish citizens to Christianity. Washington dismisses any charges by calling them ‘baseless.’

The American pastor has been recently released from prison, but he is still kept under home arrest. Meanwhile, the US-Turkey relations keep escalating. On Aug. 10, Trump made a bombshell announcement about doubling US tariffs on Turkish aluminum and steel in the wake of the recent diplomatic spat. In response, Turkish President Recep Tayyip Erdogan declared an ‘economic war’ with the US.

After the Turkish Lira reached a historic low, losing almost 20 percent of its value, this economic disaster turned out to be the silver lining for the local crypto community. A number of major cryptocurrency exchanges witnessed skyrocketing daily trading volumes. For example, BTCturk, a major Istanbul-based exchange, saw a whopping 130.92 percent increase over the last 24 hours. As Bitcoin and other cryptocurrencies become more appealing for the Turkish people, Erdogan calls on Turks to buy Lira.

The currency political and economic turmoil may further fuel distrust in traditional currencies, which is definitely beneficial for the crypto industry. However, many fear a looming government crackdown on cryptocurrencies that may be triggered by the rising popularity of Bitcoin. A recent report showed that as many as 18 percent of Turkish people have Bitcoin investments.