Alex Dovbnya
Gemini, the loudest regulation advocate in the crypto space, is setting its foot in one of the world’s largest financial markets 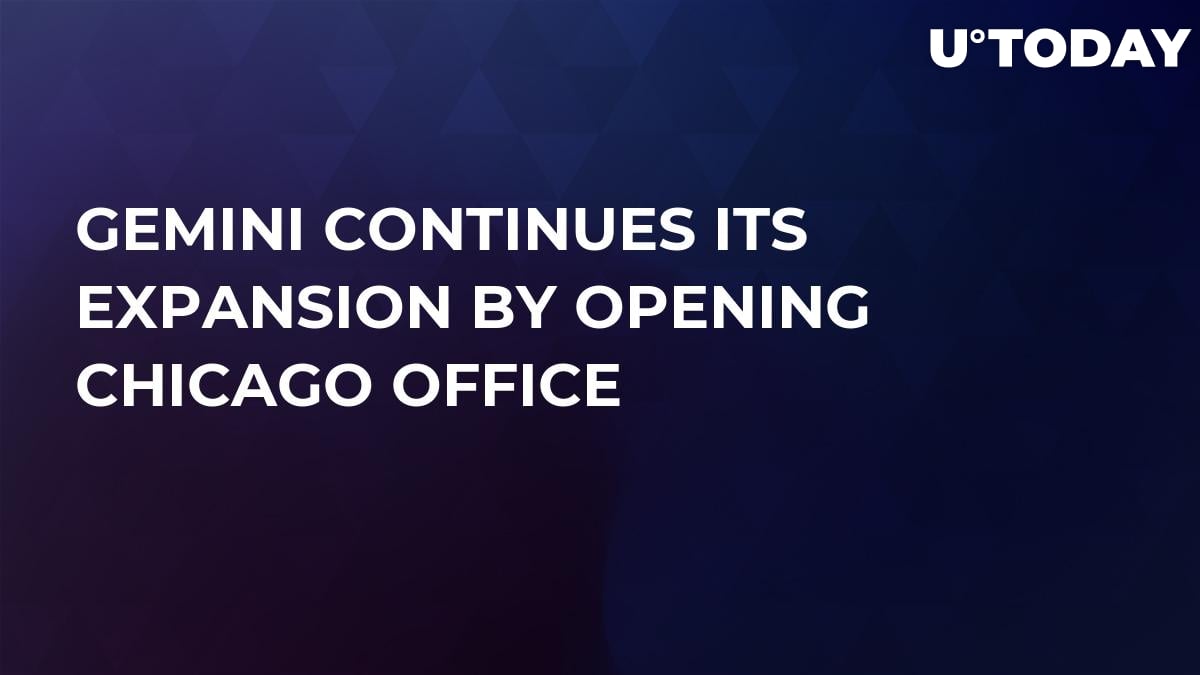 Cryptocurrency exchange Gemini, which is owned by the Winklevoss twins, has recently opened a new office in Chicago, its press release states. The New York-headquartered startup that boasts a 200-strong team already has offices in Portland and New York City.

Related
Winklevoss Twins: Facebook Cryptocurrency Is ‘Cool’, Gemini Will Be as Successful as Amazon

Tyler Winklevoss, while commenting on the expansion, claims that they continue the build-out of their institutional-grade platform. Chicago, a major financial hub, seems to be just the right place to set their sights on.

We're thrilled to formally expand our footprint there as interest in reliable, trustworthy, cryptocurrency trading platforms continues to grow among investors”

The city is also home to the CME futures exchange, which is responsible for the lion’s share of institutionally-driven Bitcoin trading volume.

Gemini’s Chicago-based engineers will be working on the company’s current offerings as well as new ones.

Gemini is widely known for its “The Revolution Needs Rules Campaign” ads that occupied the streets of New York earlier this year. In such a way, the Winklevoss twins wanted to highlight the importance of regulations in the cryptocurrency industry. It remains to be seen whether the company will expand its controversial campaign to Chicago after opening a new office.

Related
Gemini and Six Other Cryptocurrency Exchanges Teaming Up with Nasdaq

Meanwhile, as reported by Bloomberg, the Winklevii more than doubled their combined fortune after the Bitcoin price shot through the roof. Hence, it will probably allow them to accelerate the growth of Gemini (unless they decide to party more in Ibiza).