JP Morgan Plans to Launch Its Own Crypto – Is XRP in Trouble?

Yuri Molchan
The JP Morgan banking giant intends to launch its JPM Coin, which could mean that all advantages of XRP that Ripple is betting on are going to face strong rivalry 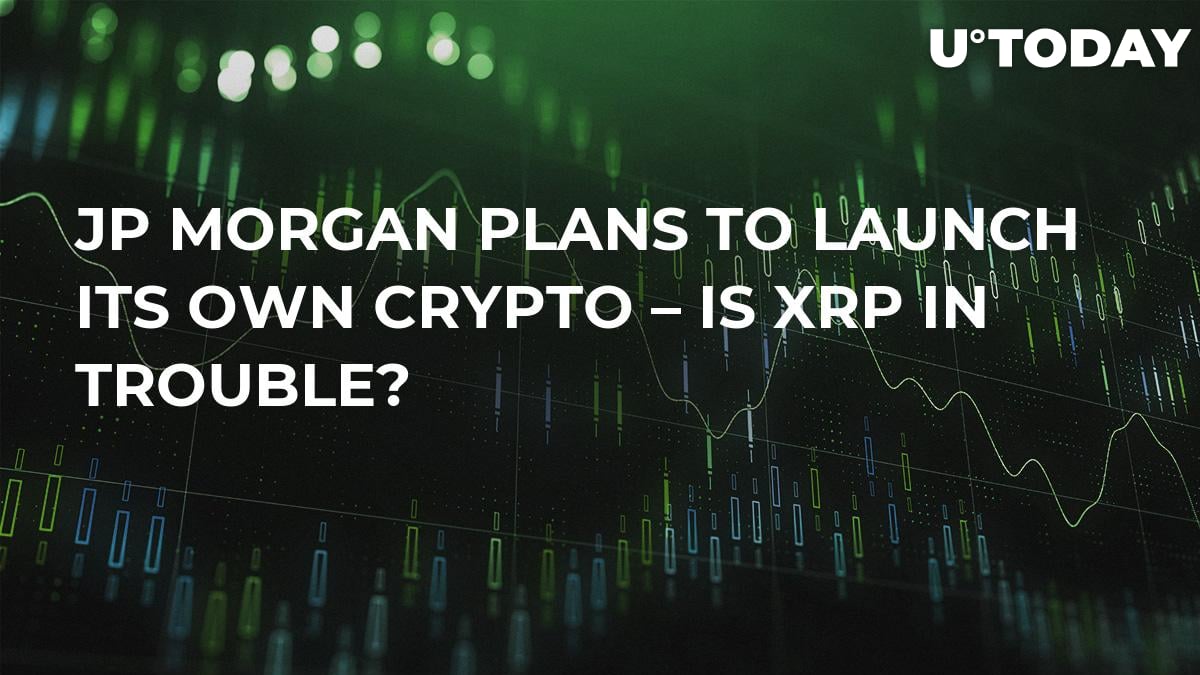 On Thursday, U.Today reported that JP Morgan Stanley bank announced its plans to launch the trials of its JPM Coin in a few months. The bank plans to use the token for fast transactions, thus competing with Ripple and its XRP token, Forbes also wrote today, as such crushing Ripple’s plans to dominate in the market of instant transactions between banks.

Is XRP losing its value for banks?

Presently, the XRP rate is holding from a fall, since investors are waiting to see if there will be more news detailing Ripple’s reaction. XRP’s quotes have been stable for the past half-a-year due to the fact that several major global banks made it public that they were partnering with Ripple to test its technology.

The crypto token planned to be launched by JP Morgan is going to work on a similar principle as stablecoins pegged to US dollars do.

Originally, Ripple created its XRP coin to set it aside from the rest of the crypto market. While other coins claim to be decentralized, Ripple’s management team stated right away that they intend to work with traditional banking institutions, unlike other platforms which are working to demolish the present banking system.

By now, Ripple claims that around 200 banks around the world are testing or intend to test its platform for instant money transfers, among them is also Standard Chartered and Mitsubishi UFJ Financial Group.

The bank’s token will be used exceptionally for institutional clients of JP Morgan. It will be based on the Quorum blockchain. Thus, JPM Coin will be totally under the control of the bank emitter with no openness that is typical of decentralized crypto platforms.

On Thursday, U.Today reported the reaction of Ripple’s CEO, Brad Garlinghouse, that followed the news of JPM Coin immediately. The head of the crypto heavyweight is positive that any coins issued by banks and controlled by them do not have a chance in the current fintech market.