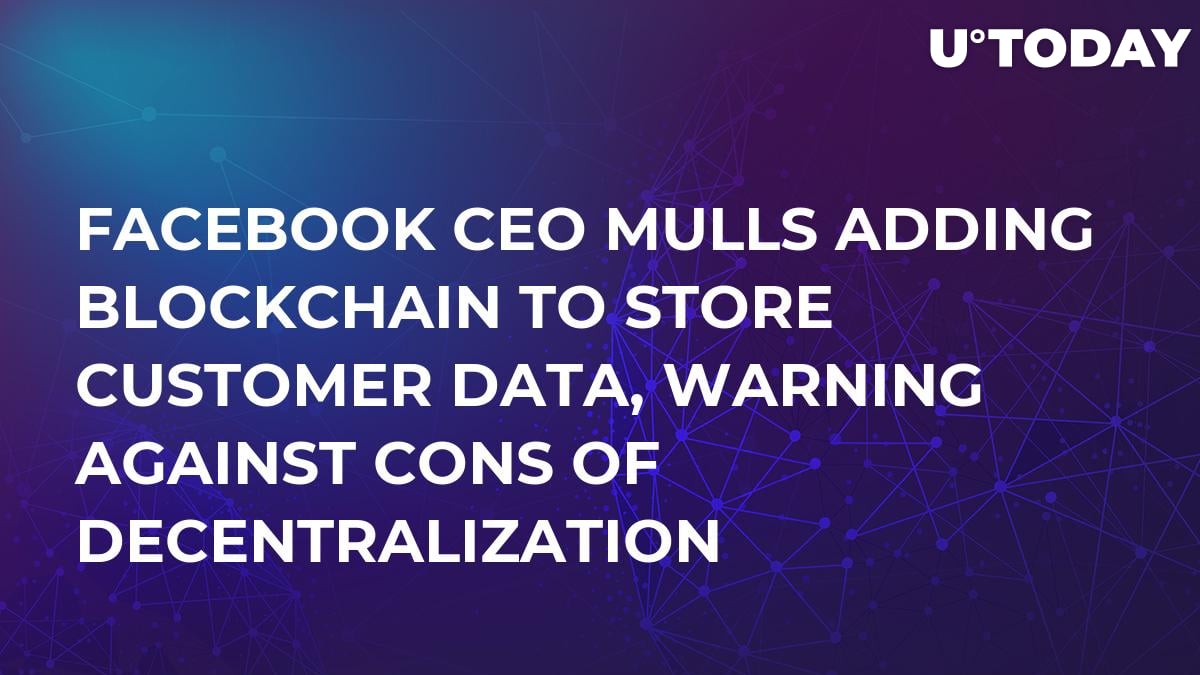 On February 20, Facebook’s CEO visited a class of Harvard professor Jonathan Zittrain and spoke in front of his students. Among other things he spoke of was the possible implementation of DLT-based authorization of customer data.

The discussion of the Facebook CEO and the professor revolved around the ways society and technology may develop in the future. In the course of the conversation, the company founder mentioned that Facebook may take part in the global trend of supporting decentralization.

He said that he and other people of his age were attracted to technologies, since they can give power and are not greatly decentralizing.

The CEO said he is eyeing introducing blockchain systems which would enable users to control their own data, letting them keep it on DLT systems and then to log into web services, avoiding services of middleman firms.

The head of Facebook reckons that apart from positive sides, the open ledger technology has its technical difficulties which are possible to tackle, but there are moral cons too.

Facebook’s CEO assumes that there are ethical issues to the matter of blockchain. In his opinion, implementation of DLT systems can cause more abuse than there is now and that to solve those negative issues would be more of a hassle than those on conventional centralized systems.

Zuckerberg pointed out that his company may start encrypting the personal messages of its users. He admitted how important it is for people to keep their messages private and secure.

He also said that the company must think about the safety of people in general – the Facebook team intends to do their best to prevent acts of terrorism, children abuse or recruiting, etc.

Earlier in February, U.Today reported that Facebook had bought blockchain platform Chainspace, allegedly as part of their DLT integration.

Chainspace works to solve the scalability issues of blockchains though sharding and smart contracts.