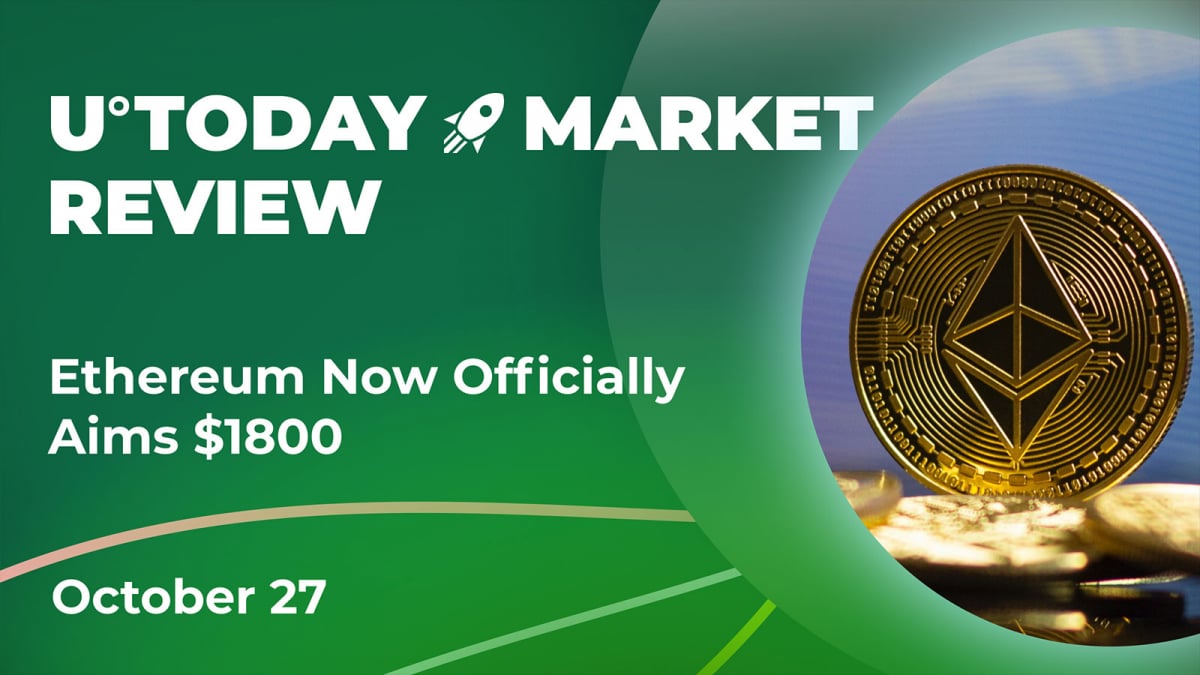 The cryptocurrency market recovery continues as more assets are avoiding the selling pressure established previously. Memecoins like DOGE are rallying to values we have not seen for months, while large caps like Ethereum show double-digit gains.

As we mentioned in the previous market review, Ethereum has been making active breakout attempts after showing a sudden price spike on Oct. 25. On that day, bears were able to push Ether's value down by 4% at the trendline resistance, making a breakout possibility in the future unlikely.

However, the most recent short squeeze and active accumulation in the ranging market period did its job, and bulls pushed the value of the second-biggest cryptocurrency to a new local high. By the end of the trading day, Ethereum gained a foothold above the $1,500 threshold.

The next resistance level for Ethereum would be the 200-day moving average. Unfortunately, the Relative Strength Index shows that the cryptocurrency is already overbought and yet another price spike seems unlikely. But despite the possibility of a short-term reversal, Ether might simply enter a short-term consolidation channel and then proceed to the aforementioned resistance.

The surge on the market is most likely tied to the mild recovery of the NFT and DeFi industries we saw in the last week. With the increased usage and revenue, Ethereum might gain some more traction on the market even with the continuing monetary policy hardening.

Despite existing selling pressure from retail investors, DOGE has continued moving upward, reaching new local highs. In the last 24 hours, the memecoin has been making numerous attempts to break the local resistance level of the 200-day moving average.

Unfortunately, bears are currently winning the battle by pushing the value of the memecoin down by more than 5% in the last few hours. As we mentioned in one of U.Today's articles, the activity of DOGE whales that has been quiet for almost a year now is on the rise, and so is the transactional activity on the network.

While some holders may start selling the asset considering its strong price performance, the activity on the market may start attracting more retail investors. Historical analysis shows that most of DOGE's price performance has been a reflection of massive retail inflow to the asset. That is why the action of large investors will most likely not be the most important growth factor for Dogecoin.

The biggest DOGE competitor, Shiba Inu, has not caught up with its predecessor yet, as the token is showing only a mild 10% increase today. According to the chart, SHIB also took a risk and temporarily broke through the 50-day moving average.

However, large retail holders almost immediately ended the breakout attempt and pushed SHIB's value back below the resistance level. Unfortunately, SHIB would need institutional-grade support from investors in order to break out significantly, as the percentage of retail holders that tend to sell assets almost immediately after a mild price increase still remains high.