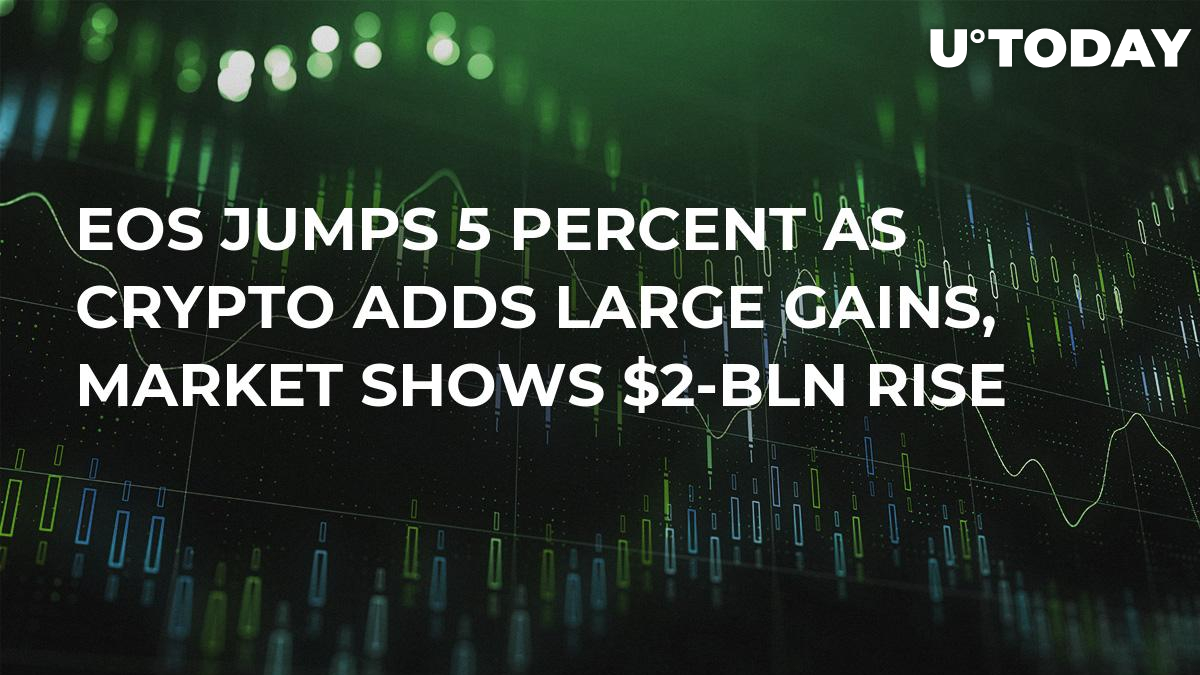 Over the last day, various tokens and some coins from the top list have shown strong gains, allowing the crypto market value to rise and reach the $206-bln mark.

The BTC trading volume that previously slumped to the area between $3–4 mln has now spiked to the $4.2 bln level — as a result of a rise in the number of trading operations on the largest virtual platforms.

Traditionally, being the locomotive of the crypto market, Bitcoin pushed other virtual coins like Status, Loom, Zcash, OmiseGo, EOS upwards, letting them gain from 8 to 20 percent. This has been the first upgoing wave since mid-September. At the time of writing this, EOS is trading at $5,27.

Related
What Does It Mean When Bad News of Hack Has No Effect on BTC Price?

Why the boost in BTC volumes is crucial

Usually, when Bitcoin loses trading volume, the market becomes thin-skinned to brief-term declines like when the market volume gets lower than $200 bln. There was a moment when BTC volume even slumped slightly over $3 bln, which is almost 26 percent from $2 bln.

Big technical analysts, Hsaka among them, pointed out that if Bitcoin fails to get back on its lost volume, this could make the top coin stay in this red zone until December. This in return could stop the beginning of 2019 from a positive sentiment in the crypto market and provoke a wave of disappointment among institutional investors.

Experts believe that as 2019 starts, the major digital coin can be in for some big news. First of all, the US SEC is expected to announce its verdict regarding the BTC ETF application made by VanEck/SolidX — the deadline expires in late February.

So, if Bitcoin manages to catch a bullish move still in this year, before Goldman Sachs and Bakkt launch their BTC futures, the green wave in the market might stay until well into the Q1 of 2019.

Also, if BTC can develop a powerful positive breakthrough on charts in December and have it combined with the SEC approving the crypto ETF in early 2019, this could initiate a big mid-term bullish rally. Thus, it would be important for Bitcoin to bring on some momentum at least within the two coming weeks backed by a significant trading volume. This would save the good start of 2019 for the market.

Overall, most tokens and small-cap coins have shown 5 to 10-percent growth over the past half-a-day. Tron, ICON, Polymath and a lot of other coins that had badly performed against Bitcoin and the USD, showed strong positive movements today, but those are most likely to be short-term.