Yuri Molchan
On Friday, December 14, two big-scale crypto apps, Delta and Samourai, took a further step to boosting their influence on the market 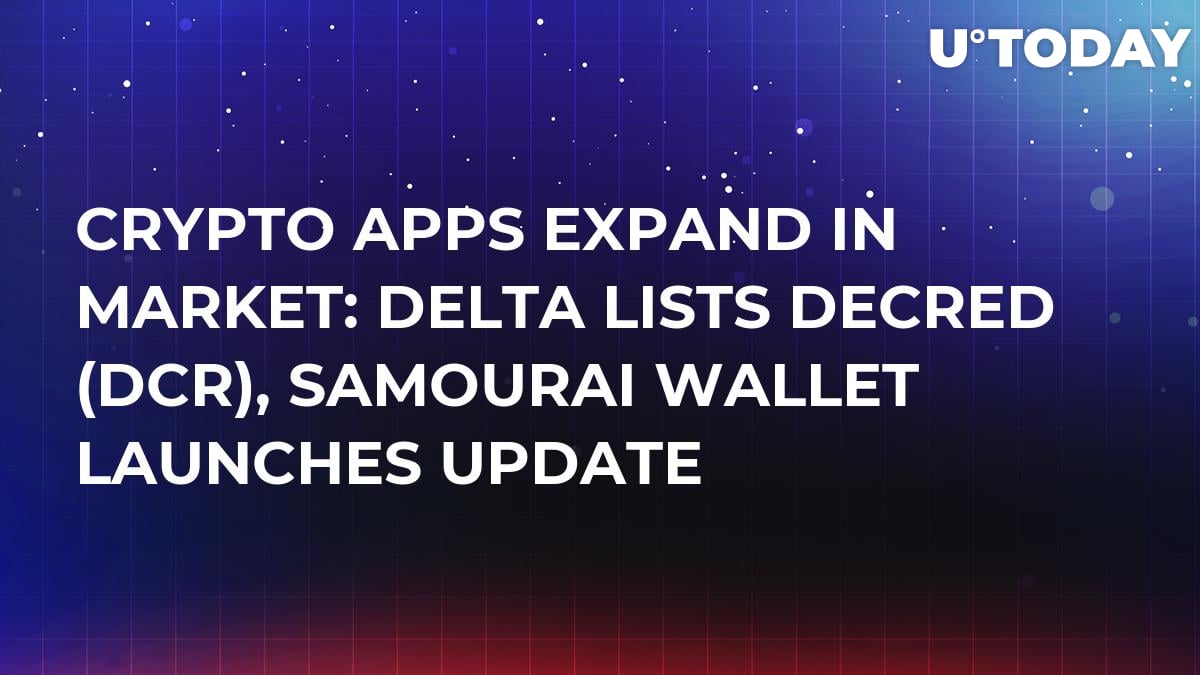 On Friday, Decred (DCR) tweeted that it has made progress in spreading in the market. The anonymous Samourai wallet announced a major upgrade.

From now on, Decred (DCR), the #33 coin on the list of top-50 crypto assets, is supported by the Delta app, widening its crypto portfolio.

Decred is live on Delta Direct! If you have the @get_delta app, you can enable notifications for #Decred updates through #DeltaDirect. pic.twitter.com/F25WPO06ly

Delta is a tracker app and it allows following all major news about Bitcoin and around 3,000 altcoins, seeing the market movements of their rates, and watching market graphs. The app is also connected to various crypto wallets and exchanges.

Recently, U.Today reported about DCR being added by Binance, which made the coin spike 25 percent.

The anonymous Samourai crypto wallet is rolling out a general upgrade, apparently making the device even more convenient for those users who prefer to conduct private crypto transactions and keep their identity secret.

We're excited to launch our updated https://t.co/MzHU21UCLu today. We have a brand new look to better tie in with the new android UI being rolled out, expanded information on all of our current features and have begun to introduce a few upcoming features and products as well. ? pic.twitter.com/qShEX3bZbP

Now the user interface of the wallet looks different, trying to match the new UI that Android has launched.

The tweet mentions that the wallet has started to introduce a few brand new features and products. No details have been yet specified but among those available on the wallet’s website are full offline mode and the Stonewall. The latter does not allow firms that do DLT surveillance that deanonymize Samourai users.

One feature even allows hiding the wallet from the smartphone’s interface, so you can only see it after entering a secret code.