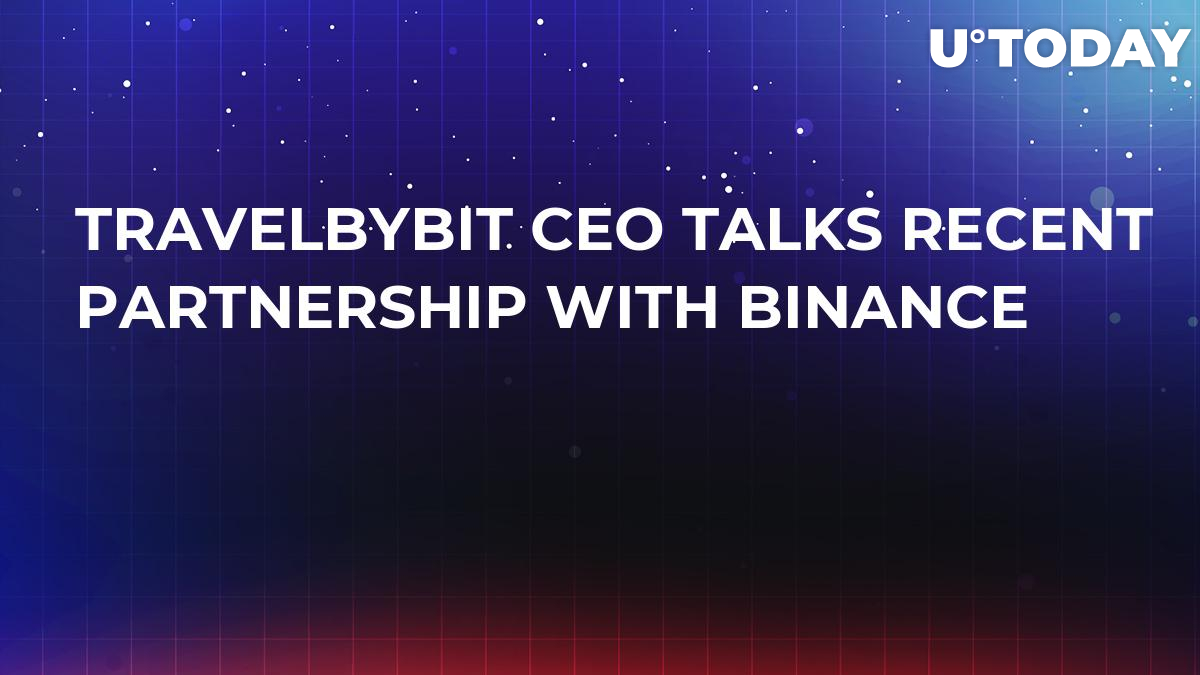 As U.Today reported on Oct. 24, an Australian startup TravelbyBit has teamed up with a cryptocurrency behemoth Binance. Now, in a recent Medium post, Binance shares an interview with Caleb Yeoh, CEO of TravelbyBit, where he talks about the inception of the startup and, of course, the recent partnership.

The biggest exchange in the world by trading volumes invested $2.5 mln in the fledgling company that gives travelers a possibility to use digital assets for booking their trips. In return, TravelbyBit will support Binance Coin (BNB), which is supposed to propel the merchant adoption of the token that is making waves far beyond the Binance exchange. One of the Australian bars is already accepting the BNB coin. In general, a slew of Australian merchants has already jumped on the crypto bandwagon because of TravelbyBit.

When asked about the inception of TravelbyBit, Caleb Yeoh reveals that he is himself an avid traveler who constantly had to deal with multiple currencies (and that incurs paying additional fees). He claims that their goal is to establish a global currency that would eliminate additional expenses.

A prolific trip to Malta

During the interview, Yeoh also stated that a recent trip to Malta was a mind-boggling experience since Binance enjoyed a very warm welcome from local regulators. Back in March, it was revealed that Binance was planning to set operation on the Blockchain island. Later, the billion-dollar startup, spearheaded by Changpeng Zhao, also announced about its plans to open a new platform for trading security tokens with Malta’s stock exchange.

According to Yeoh, they are currently focusing on mainstream businesses around the globe. The startup has already set up its point-of-sale (POS) system in the Brisbane Airport which has a penchant for innovations.

In order to convince merchants to get on board, they introduced bonuses in the form of low setup fees and the absence of any merchant fees. However, he also claims that sometimes people are governed only by their ‘genuine’ belief that crypto can serve as the bedrock of democracy.

Yeoh also states that they are currently in talks with more merchants. Furthermore, a new “really cool” project is already in the pipeline.