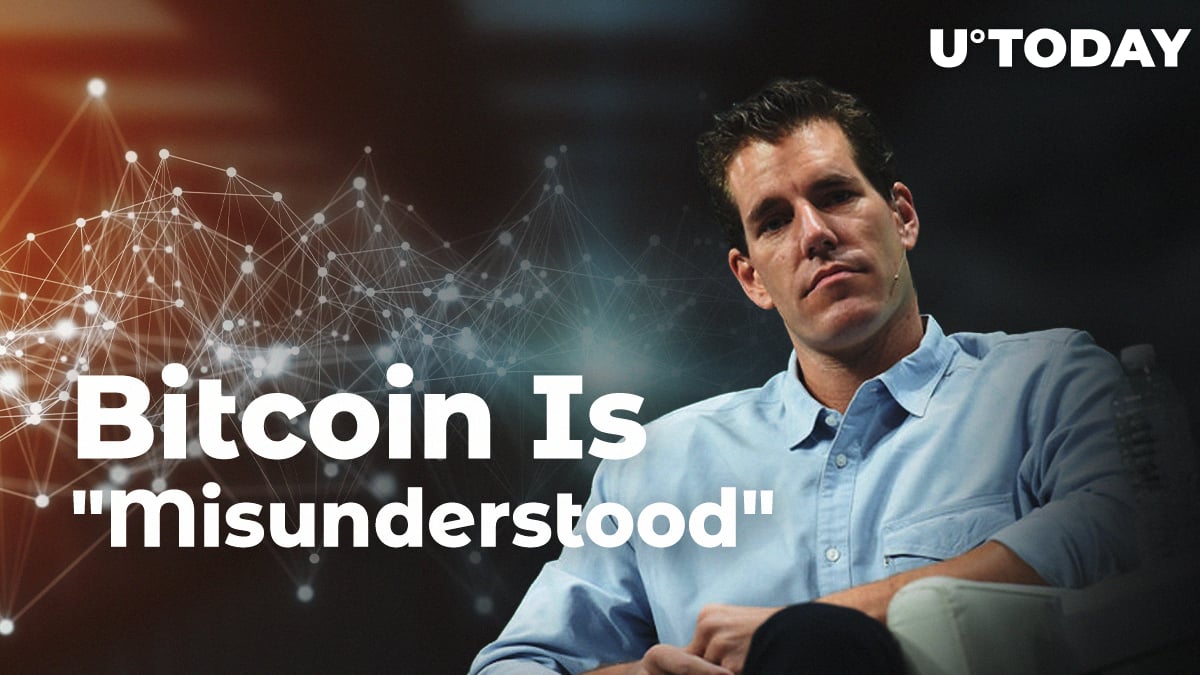 In case you are baffled by the latest Bitcoin price move, you are definitely not alone.

Gemini co-founder Cameron Winklevoss has shared his take on Twitter, alleging that the price of the top coin is actually supposed to go up, and the latest plunge simply shows how "misunderstood" this nascent asset is.

The fact that the price of bitcoin isn't surging today illustrates just how early and misunderstood this asset is.

Notably, the Winklevoss twins were the ones who actually understood Bitcoin early on. Their multi-million bet on BTC attracted a flurry of media attention back in 2013, and it eventually turned them into crypto royalty.

As reported to U.Today, Bitcoin, the number one cryptocurrency by market capitalization, dropped by almost nine percent in split minutes, which flew directly in the face of those market analysts who had been bullish on the orange coin prior to that volatile move.

While Bitcoin is inching closer and closer to breaking below the pivotal $7,000 after touching its lowest point in five months, it's worth paying attention to other metrics that might be more important in the long-term.

Older miners are shutting down

However, that might not last long. Dovey Wan of Primitive Ventures says that a lot of older miners, such as Antminer S9, have been practically shut down as a result of this volatile move.

As reported by U.Today, Bitcoin’s bottom in September led to an exodus of miners, which subsequently led to a sizeable drop in BTC's hashrate.

(And this is not counting operating cost and all other misc cost) pic.twitter.com/To1DwqPPKp

What will happen to Bitcoin’s hashrate in the short-term? Share your take in the comments!