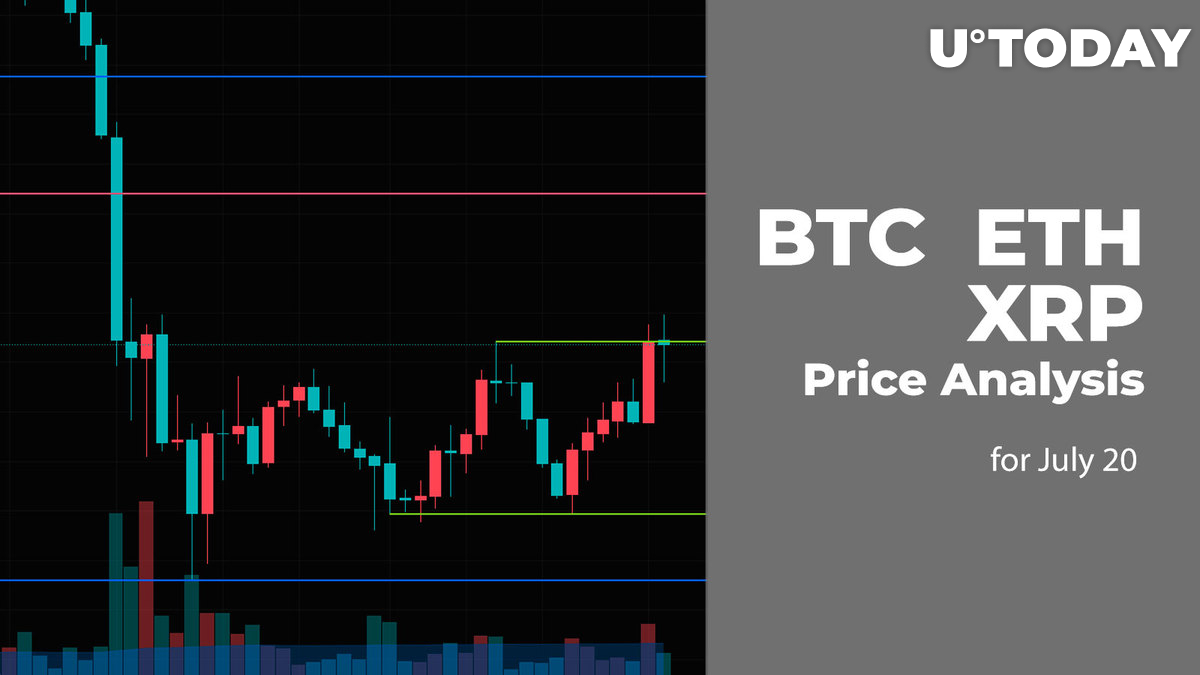 Bulls keep dominating on the market as most of the coins are in the green zone. Solana (SOL) is the only exception from the rule, going down by 0.75%. 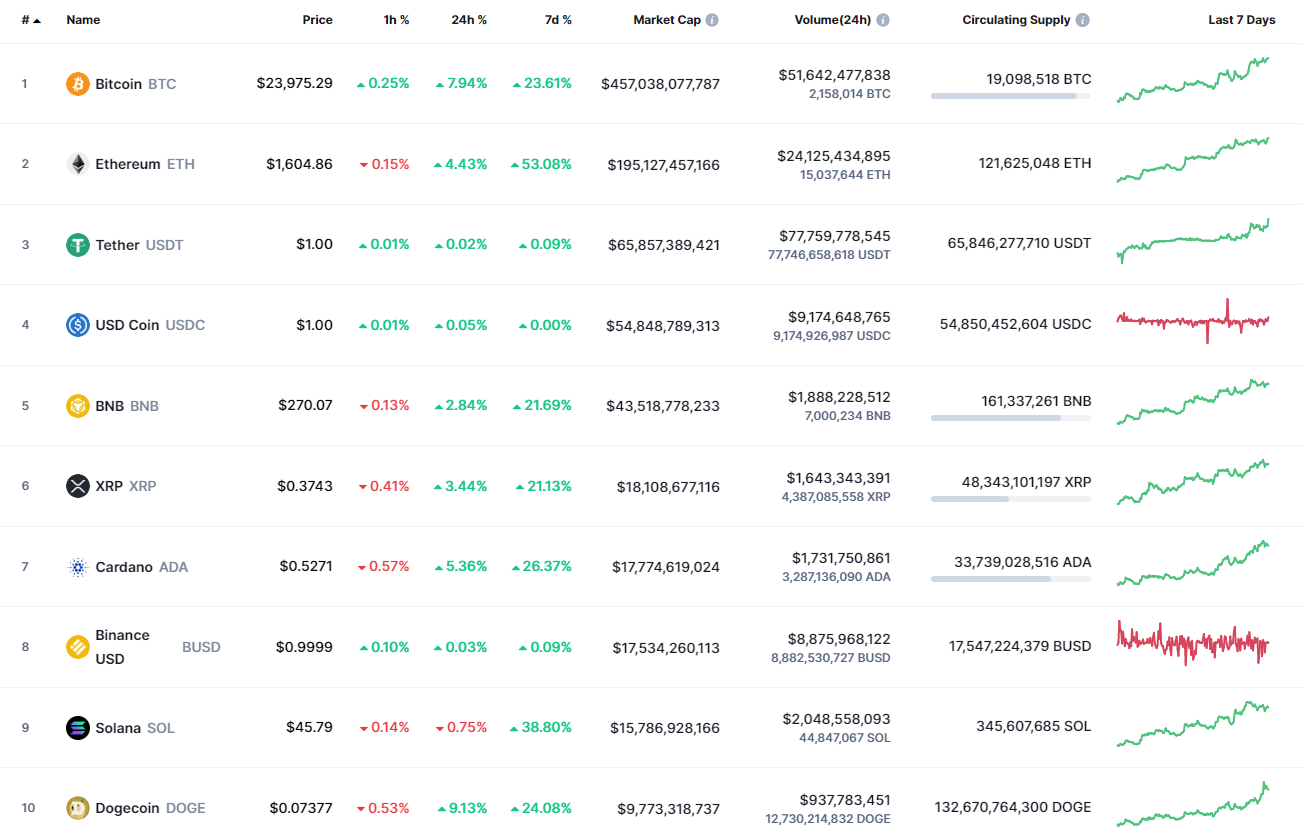 Bitcoin (BTC) is the biggest gainer from the list today, rising by 7.83% over the last 24 hours.

On the daily chart, Bitcoin (BTC) has touched the $24,000 mark, which confirms buyers' power. If bulls can hold the gained initiative until the end of the day, one can expect a further rise to the resistance level at $25,400 soon.

Thus, the rising trading volume supports such a scenario.

Ethereum (ETH) has followed the growth of BTC, rising by 4%.

Bulls have seized the initiative after yesterday's bearish candle. At the moment, one should pay close attention to the $1,600 mark. If nothing crucial changes by the end of the day, the ongoing rise might lead to the test of the mirror level at $1,700 shortly.

XRP is growing the least as it has risen by only 3.40% since yesterday.

XRP is looking less bullish than other coins as the rate has made a false breakout of the $0.38 mark. Until the price is below it, there are chances to see more of a fall than an upward move. Respectively, sideways trading in the range of $0.36-$0.38 is the more likely scenario for the next few days.