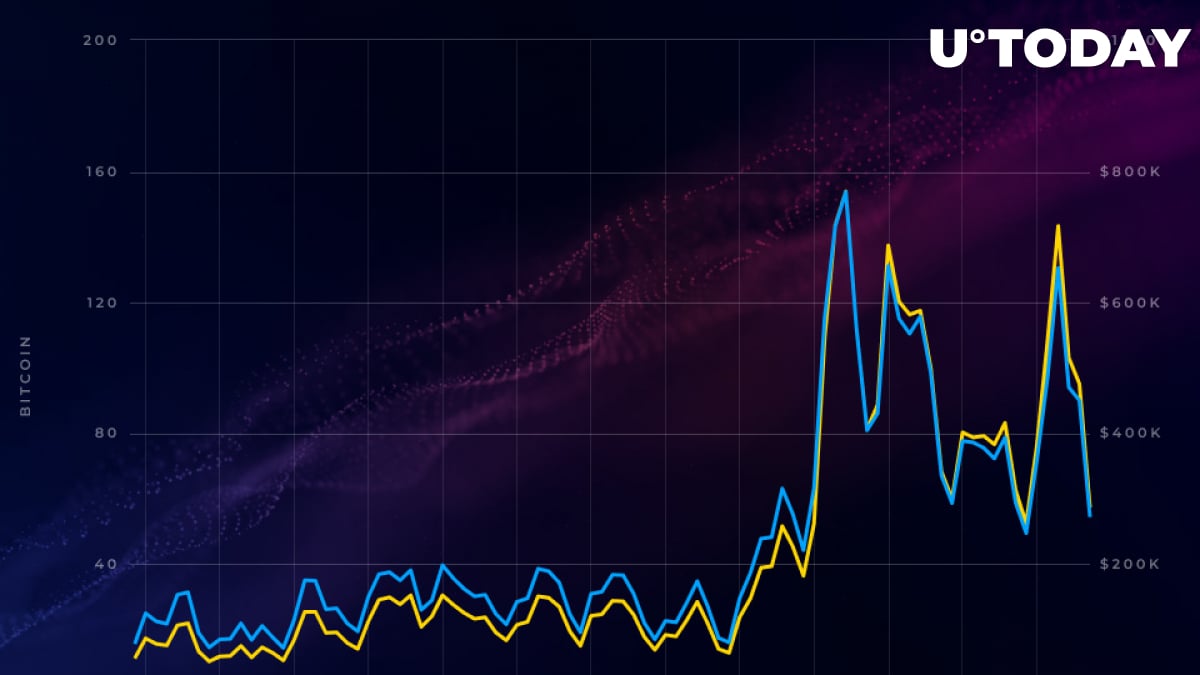 April was truly a remarkable month for Bitcoin: the price of the number one currency spiked almost 20 percent on Apr. 2 with no reasonable explanation as to what might have caused this rally. Daily transaction fees remained remarkably steady over the last few months, but this drastically changed in April.

On Apr. 4, the number of total transaction fees paid by Bitcoin users reached its yearly high of 153.90 BTC (~$770,470 at the time of writing). Before that, this sum would fluctuate between 15-30 BTC per day. Yet another spike was recorded on Apr. 24 with 130.67 BTC being forked out in transaction fees in one day.

Overall, traders paid the highest amount of fees this April since February 2018. The absolute record was set on Dec. 22, 2017, during the peak of the bull market. The daily amount of transaction fees reached a staggering 1,495 BTC ($20.4 mln at that time).

During the peak of the crypto craze, the transaction fees would be so high that one person claimed that he had to pay $16 in order to send $25 worth of BTC.