Bitcoin Nouveau Riche: Only 588 Wallet Addresses Contain More Than $10 Mln Worth of BTC

Alex Dovbnya
After Bitcoin became the ultimate buzzword of 2017, many started dipping their toes in the industry, never making a full dive 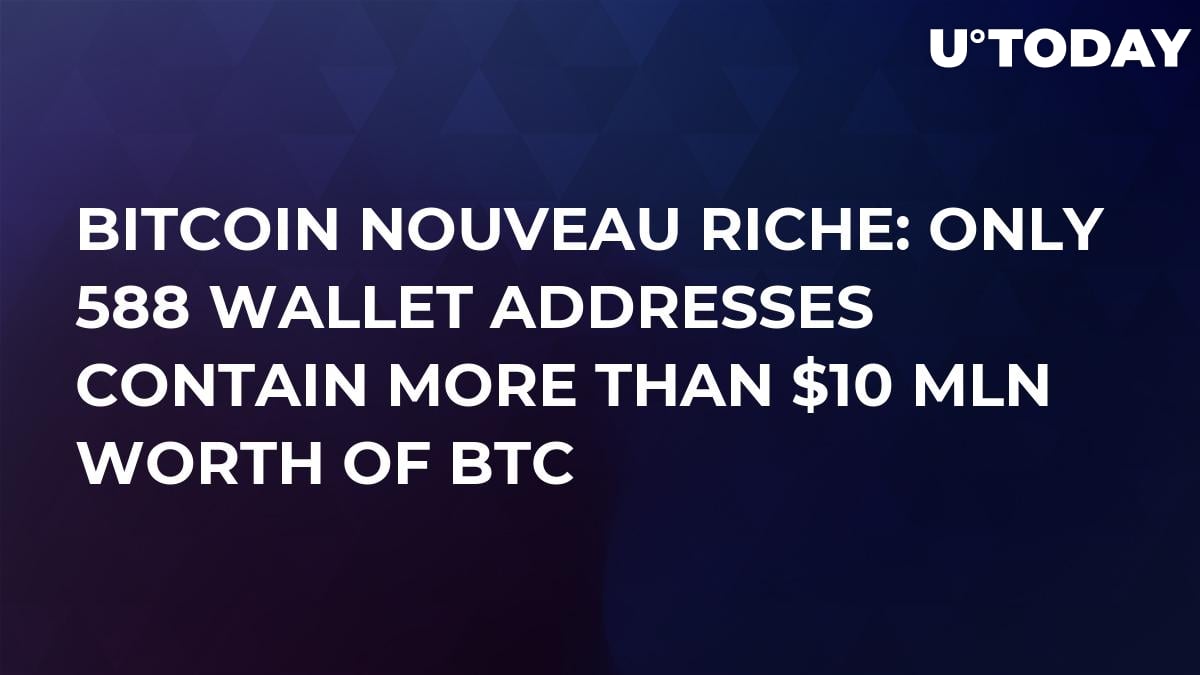 According to new Delphi research, which examines the current distribution of the Bitcoin supply, only 20 percent of wallets contain more than $100. However, the embarrassing statistics don’t stop there — recent research has found that almost half of all Bitcoin addresses contain less than 0.001 BTC ($3.40).

The market bears are in full force, and it’s really important to find out how many BTC each wallet contains. The above-mentioned numbers confirm that cryptocurrency enthusiasts are still reluctant to put money into crypto since the number of Bitcoin addresses that contain more than $100 worth of Bitcoin is sitting at 20 percent. Obviously, many investors are afraid of making a full dive into the industry due to the volatile nature of Bitcoin.

Crypto whales are rare but powerful

The research also concludes that less than 600 addresses contain more than $10 mln worth of Bitcoin, and many may jump to the conclusion that the power of crypto whales is limited. The Bitcoin nouveau riche could be definitely seated on a single plane or cruise ship.

Notably, only 3 percent of the total Bitcoin supply goes to ultra-rich holders who have more than 100,000 BTC in their pockets (more than $340 mln at the time of writing this article).

As U.Today reported earlier, this tiny 1 percent of the crypto industry is responsible for almost half of the total circulation supply. These members of the Bitcoin elite boast wallets that contain more than 200 BTC. The market woes, however, have forced them to leave the $1 mln club, almost halving their fortunes.

Still, the new research confirms that the majority of coins is indeed held by the crypto upper-middle class — they are responsible for 41 percent of the total circulation supply.