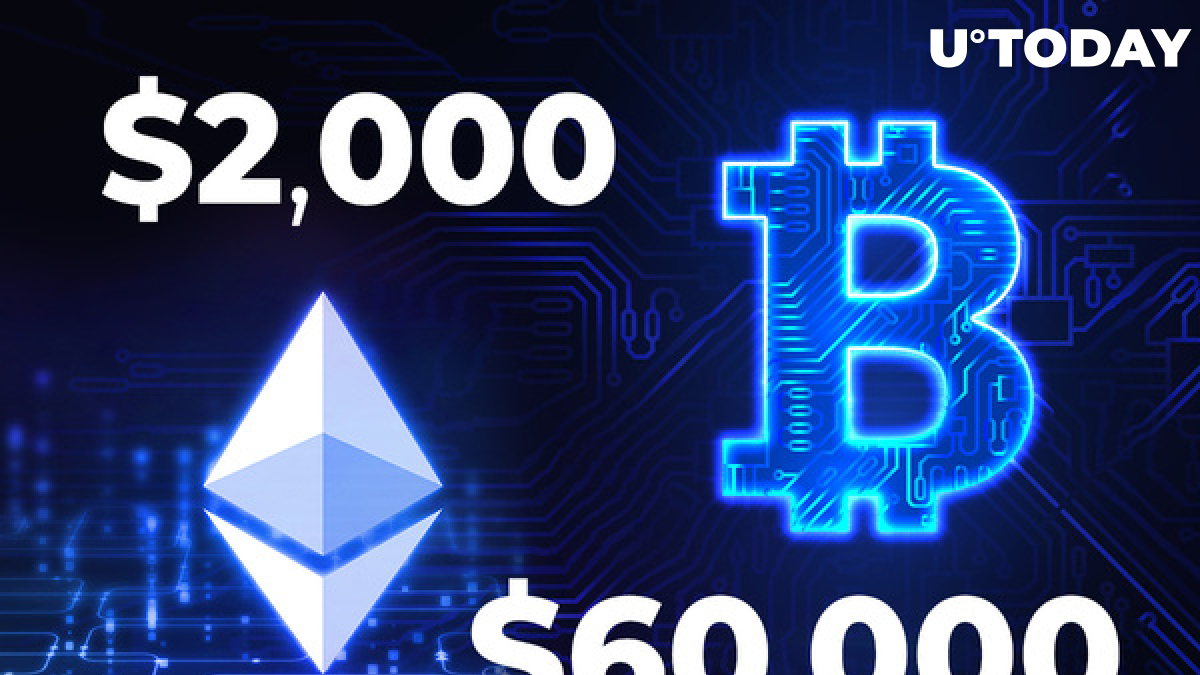 Earlier today, on April 2, Bitcoin and Ether have both managed to surpass the price milestones they had reached earlier this year.

Both cryptocurrencies have been on the rise this week. As reported by U.Today on Thursday, Ethereum has been demonstrating consecutive green candles since Monday, rising by more than 20 percent.

Major factor in driving BTC and ETH up

An increase in interest from financial institutions, including Goldman Sachs and Morgan Stanley announcing plans to offer Bitcoin investments to its customers earlier this week, as well as Visa beginning to settle USDC payments on Ethereum, are among the factors that have driven BTC and ETH up.

XRP Might Be Recharging for Another Spike up, Following 25% Rally: Crypto Market Reivew, October 3
Show all