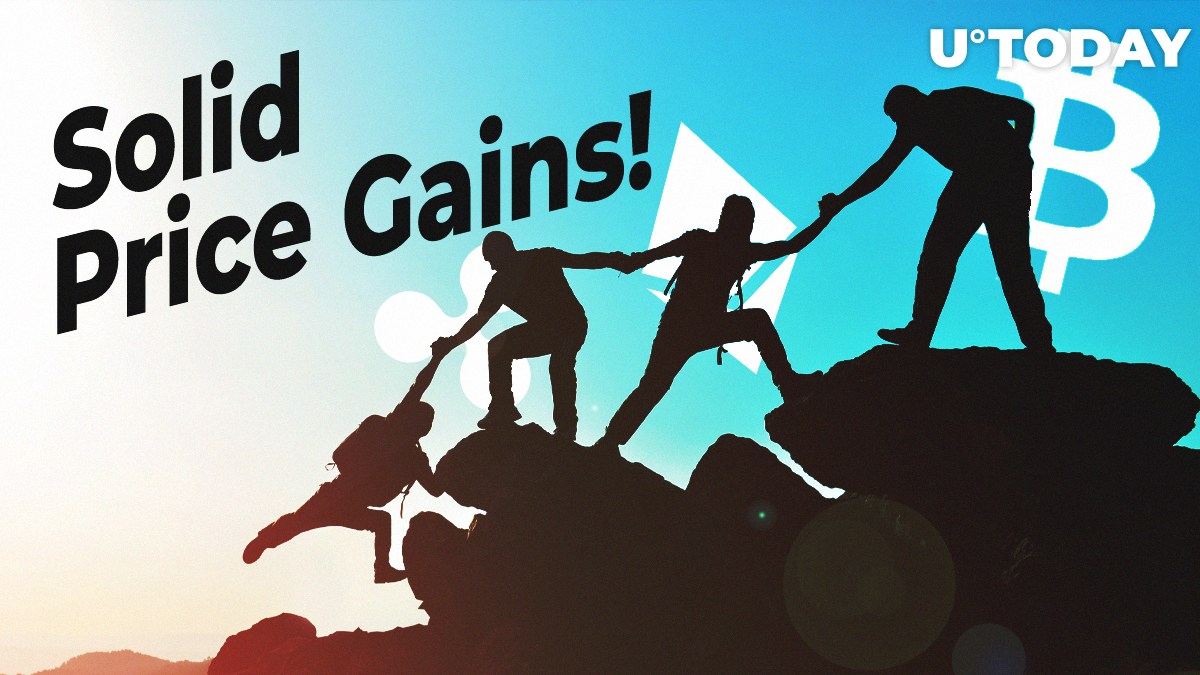 The cryptocurrency market is finally getting back on its feet after a massive flash crash that took place on Sept. 24. According to data provided by CoinStats, Bitcoin is up 4.55 percent with top altcoins also remaining in the green territory.

"Not out of the woods"

Despite the solid price move, Josh Rager claims that the top coin is not out of the woods yet. In order to maintain its bullish momentum, the BTC price has to print a daily close above the $8,750 level. Otherwise, the bulls should lower their expectations for their short-term gains.

Currently Bitcoin has had a solid move today

With preferred break and close above $8750

Not out the woods yet until price closes above this area pic.twitter.com/Z32Df3mmmt

Only problem is (for me) it happened so quick there was no high timeframe close.

Any dip to the 8400 zone would be an attractive entry before more upside imo pic.twitter.com/RzerjVtHjb

There is a suggestion that the Bitcoin price could have formed a triple bottom, a bullish reversal pattern that shows three failed attempts at printing new lows. If the pattern gets confirmed, the bulls can easily win back the $9,000 level.

If price does break the neckline (black), then the target based on the measured move from the lowest to highest point of the pattern is shown. Not surprisingly, the target of this pattern lines up almost perfectly with a major resistance (red). pic.twitter.com/1Xlo173AWL

All eyes on altcoins

Surprisingly enough, Bitcoin isn't at the center of the conversation amidst this crypto market rally. XRP is stealing all the spotlight since the token appears to be on the cusp of a major bullish move that could be on par with its rally in December 2017. "Crypto Welson" says that he expects a big move if the XRP price holds above its current support. He further adds that XRP holders have been waiting for this move for this for years.

Wow, things are getting exciting! ?

If $XRP can hold above this support and continue upwards on the daily, we will actually see a huge pump.

Long-time XRP holders have been waiting years for this moment! Get ready! ? pic.twitter.com/pl9NSWIGpD

Meanwhile, Ethereum, the biggest altcoin by market cap, is also up by almost eight percent, moving closer to the psychologically important $200 target.

This time, it seems like an alt season is really coming.