Alex Dovbnya
The number one cryptocurrency got a lot of praise from Elon Musk, but it doesn’t mean that Tesla is going crypto 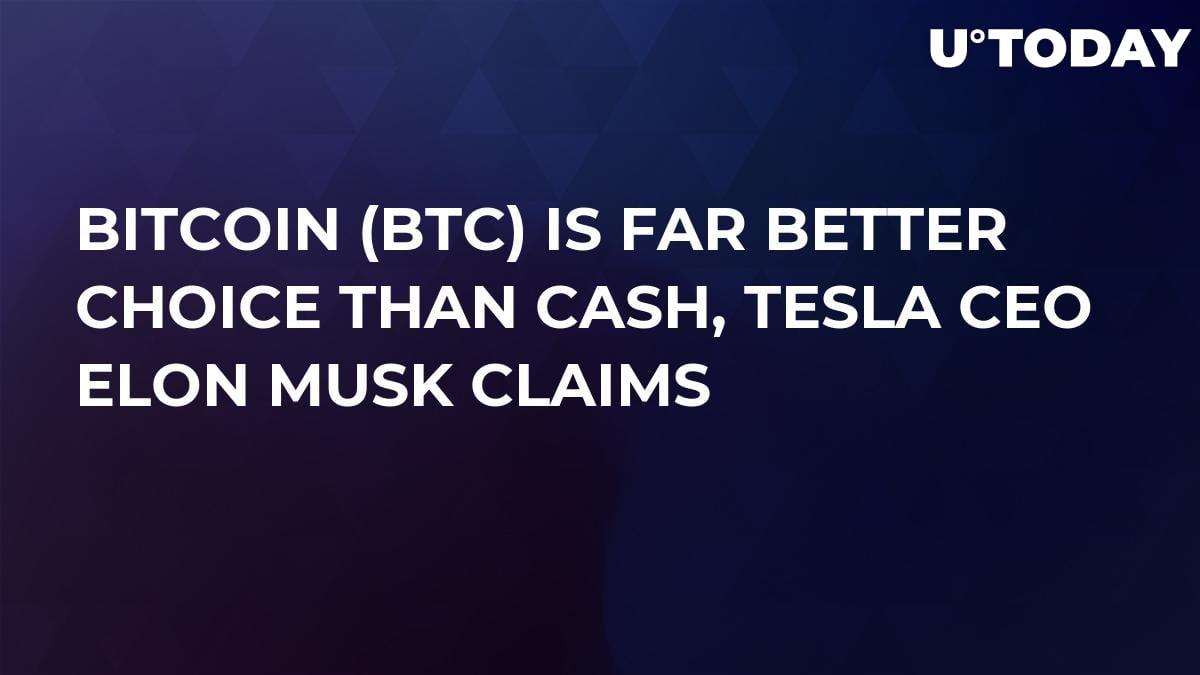 During a podcast interview with ARK Invest, Elon Musk, the CEO of Tesla and SpaceX, finally confirmed that he’s a huge Bitcoin proponent. He states that crypto is ‘a far better choice’ than paper money, and the latter will eventually go away.

No use for Tesla

While Musk thinks that Bitcoin’s structure is ‘brilliant’, he also called the number coin ‘energy intensive.’ Hence, Bitcoin, which uses the power-hungry proof-of-work (PoW) consensus algorithm, wouldn’t be a good choice for Tesla that focuses on renewable energy.

It’s worth noting that Bitcoin mining is very popular in countries that rely on green energy. Case in point: Iceland. Here, cryptocurrency miners consume more power than all households combined.

A Bitcoin fan is born

This is the first time when Musk publicly voices his support for Bitcoin. In October 2018, the 54th-richest person in the world dazzled the crypto community with his anime-inspired Bitcoin tweet. In spite of numerous theories, he finally confirmed that it was just a joke.

Ethereum, the second largest cryptocurrency, appeared on Musk’s Twitter feed even earlier. In August 2018, he said that he mentioned the coin after his account was swarmed with Ether bots.