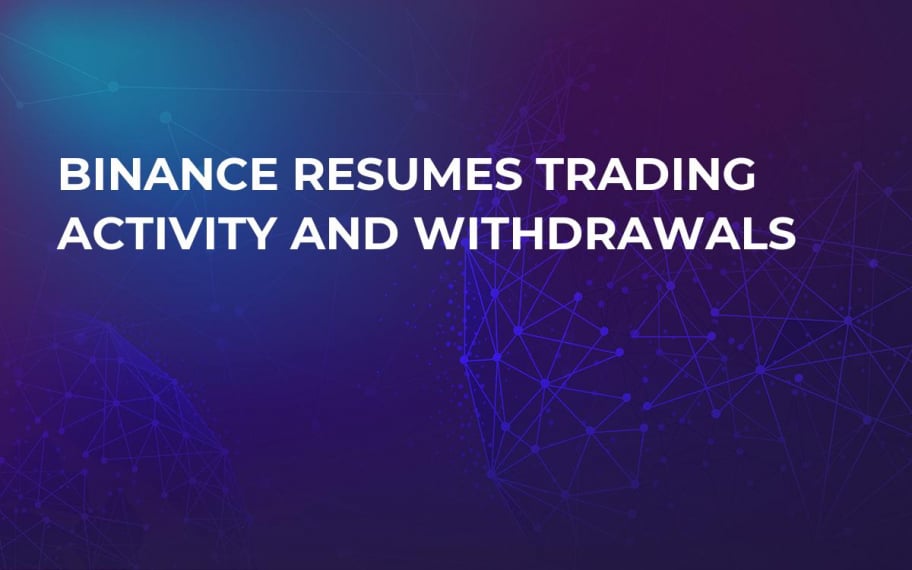 Binance, the leading cryptocurrency exchange that suffered a $40 mln hack is getting back on its feet. Following a week-long hiatus, the trading platform now allows deposits and withdrawals after ramping up its security measures.

The announcement was preceded by a two-hour extension since they needed more time to fully complete the upgrade. Trading officially resumed at 13:00 UTC with withdrawals being available shortly after.

Earlier, Binance CEO Changpeng Zhao (CZ) revealed that they came up with a slew of ‘advanced security features.’ In order to mitigate future risks, Binance made significant changes that pertain to its API and 2FA.

Funds were not safu

Binance experienced a major security breach that took place on May 8. The event instilled fear in the crypto community since it proved that even such a juggernaut as Binance is not immune to hackers, which have been plaguing this industry almost since its very inception.

As reported by U.Today, the talks about a possible blockchain reorganization added fuel to the controversy.

The major hack left a sour taste in everyone’s mouth, so Binance is now adding some sugar by organizing a 50,000 BNB giveaway ($1.3 mln). In order to secure a piece of this cake, you have to trade at least 1 BTC until May 18.

Moreover, all VIP users will be promoted to a higher level for one week, thus reducing their maker/taker fees.