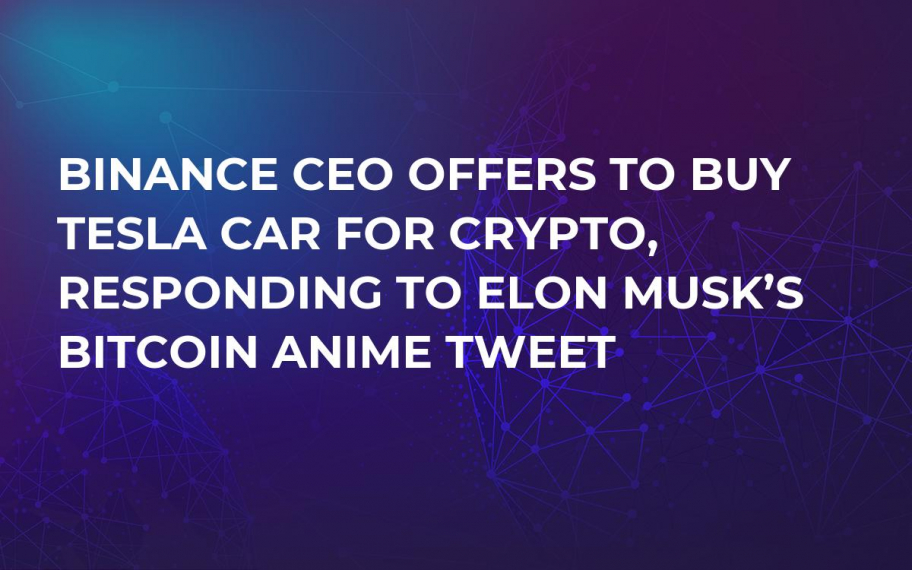 On Tuesday morning, U.Today reported about a weird tweet posted by Elon Musk, head of Tesla. The message in question appeared on Twitter on Monday and provoked a hot discussion as to whether Musk is indeed offering to sell Bitcoin. Zhao Changpeng, Binance CEO, could not help but respond. Apparently, the image posted by Musk had been borrowed from a Cryptocurrency Girls site, which has a picture depicting popular coins as anime characters.

The Tesla CEO’s tweet made the community go wild making amusing guesses as to what Musk meant by this post. Besides, everyone was astonished to see that the founder of SpaceX and PayPal has finally turned to Bitcoin matters and whether this was not a joke. 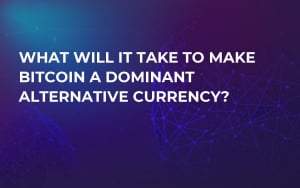 Soon the Binance CEO stepped in. He was not the first ‘heavyweight’ Twitter regular to join the discussion. However, his reaction was more surprising than that of others. Zhao Changpeng offered to buy a Tesla and pay with crypto. The direct question was: will Musk’s company accept it? Apparently, that was an attempt to get Elon involved deeper with virtual coins.

Lol, it's spreading. I will buy a Tesla if you accept crypto... https://t.co/IgdieNZA0H

That was not it, though. The discussion continued with other participants. The Twitter message got more than 8,000 likes and was shared over 3,000 times just within a few hours. The overall online conversation about the crypto industry in general and Binance in particular continued for a long time with people trying to get Musk to buy BNB. The CEO of the platform, as well as Elon Musk, answered numerous questions.