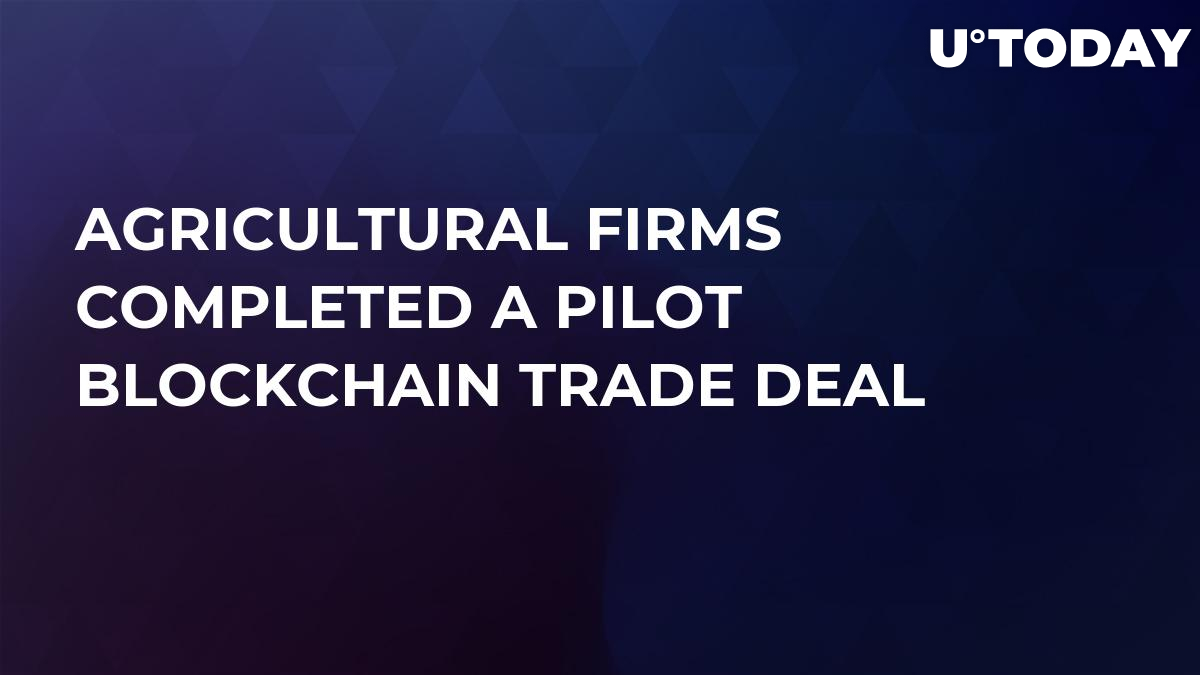 Both firms completed a pilot project with the help of the Swiss startup Cerealia, which engaged in the launch and support of the agricultural trading platform, as noted in the message of financial information and analytics company S & P Global.

The deal included the shipment of 25,000 metric tons of Black Sea wheat and, as mentioned, was the first such trade deal based on the blockchain for the Black Sea wheat sale.

The transaction price wasn't disclosed. It was the first blockchain-based transaction for Black Sea grains. By using a blockchain-based platform, Transoil and Solaris minimized the risks and conflicts that can arise at different stages of a transaction, and allow both parties to be in control throughout it.

"An independent auditor has considered all the important details of the trade confirmed the blockchain and smart contracts, digital signature, the signed document timestamps. [The auditor] also confirmed that the data was encrypted, that no other data was stored and that all data was up to date." Noted in Cerealia report.

“The next stage is to support emerging market traders in their local domestic currencies using fintech,” Cerealia CEO Andrey Grigorov noted in his blog.

According to him, smart contracts were not used for the commodities before, but BTC futures were used as mean payment for 3000 tons of wheat in December last year.

According to Grigorov, the minimum viable product Cerealia was launched only on October 19 last year, which "enables to simulate the conclusion of a physical grain trade C&F contract as well as all stages of the execution flow".

More and more businesses are switching to blockchain technology to simplify the supply chain, especially in agriculture and food.

In September of this year, Albert Heijn of Holland's largest supermarket chain showed that he used blockchain to further explore their orange juice production. Using blockchain in this production process, they will be able to check the quality and sustainability held by the produce growers they use, as well as various additional information about the fruits.