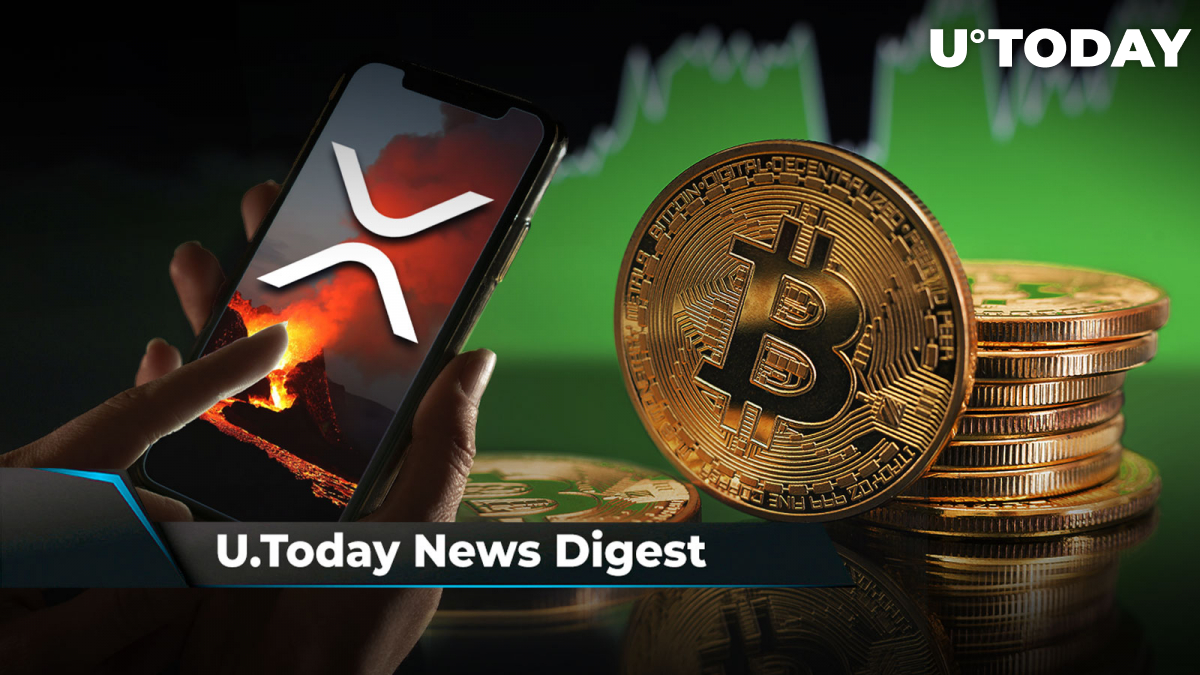 Bryant McGill, bestselling author and social entrepreneur, has taken to Twitter to reiterate his bullish stance on XRP. Back on Sept. 4, McGill wrote that he expects the XRP and Ripple "volcano" to start blowing up sometime soon. Yesterday, the author replied to his own tweet with “Like I said…” showing that his forecast is slowly but surely coming true. McGill has every right to stand behind his words as the price of XRP is striving to rise on the news of Ripple scoring wins against the SEC in court. Last week, District Court Judge Analise Torres ordered the SEC to produce documents related to William Hinman. At the moment, XRP is trading at $0.473, up 5% over the past 24 hours.

Lehman Brothers 2.0 situation may cause another catastrophe on crypto and financial markets

Credit Suisse, one of the biggest investment banks in the world, could be dangerously close to causing a massive crash on the markets. Recently, ABC Australia shared a post about a major financial bank being on the brink of a default. The news outlet did not mention the name of the bank, but financial experts and economists suspected that it could be Credit Suisse, since its stock plunged by more than 60% through the year and tumbled from almost $10 to $3.95. Besides, the cost of the bank's credit default swaps has skyrocketed, reaching the highest level since the 2008 market crash. The default of such a major bank will surely cause turbulence in high-risk markets, including the crypto market.

Here's why Bitcoin may end Q4 in green zone

Per CryptoRank’s statistics, Bitcoin finished Q3 of this year down 2% from the previous quarter. Considering the beginning of October and the final quarter of 2022, the same statistics point to a potential closing of BTC quotes in the green zone, at least in comparison with the end of September. Since 2013, BTC has only declined three times in the final quarter: in 2014, 2018 and 2019. For the other six years, Bitcoin has consistently closed in the green, sometimes by more than 200% and 400%. Even last December, at the beginning of the current bear market, BTC managed to grow by 5.6% at the end of Q4. However, crypto analyst Willy Woo says that the current market structure is much different now. In addition, we still have not seen major sell-offs, and many large hedge funds appeared in the last two years.

According to data provided by Shibburn, over the period between Oct. 2 and Oct. 3, the SHIB army has burned a total of 53,663,523 Shiba Inu coins. However, there was one anonymous wallet that burned nearly all of these meme tokens in just one transaction, which carried an eye-popping 40,108,730 tokens. Later on, it was found out that the address of a mysterious SHIB wallet belonged to smartphone game developer Travis Johnson, who burns SHIB every Sunday. He even wrote about the transaction on his Twitter account. Johnson commented that, this time, he sent to a dead wallet a smaller amount than usual. However, "October is off to a good start."