Denys Serhiichuk
Is there growth potential for the perspective altcoins in a short-term scenario? 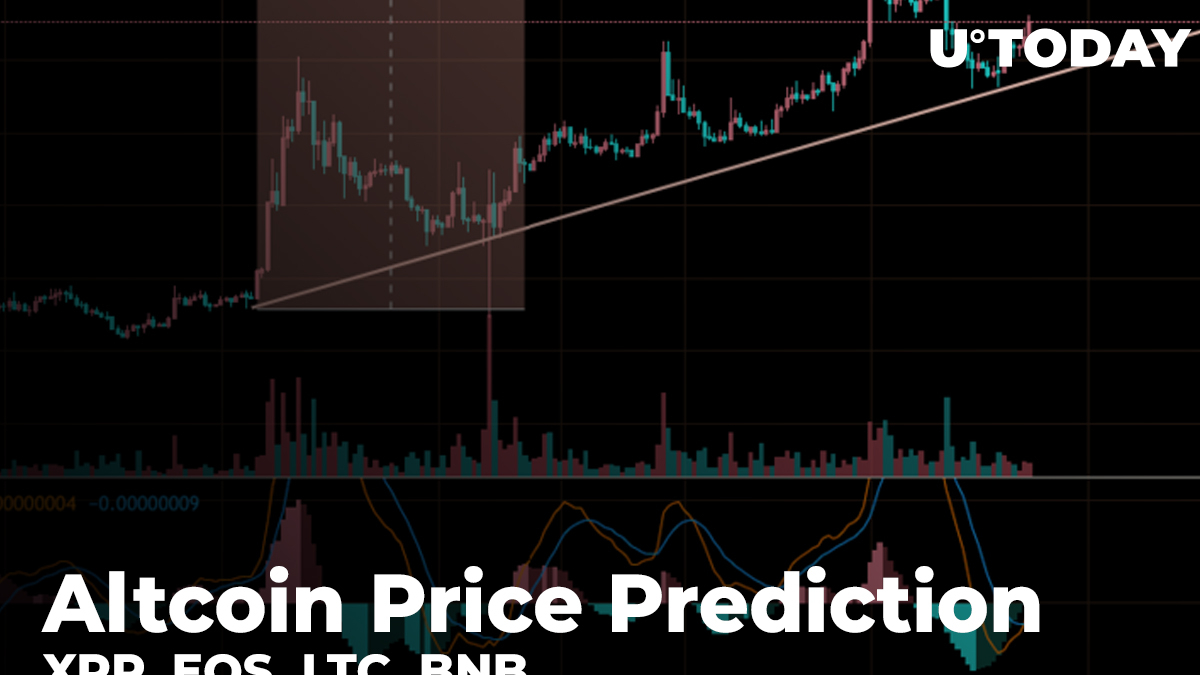 While Bitcoin has not shown any significant price changes over the last day, altcoins are not losing their chances to rise against the leading cryptocurrency. XRP is the top gainer out of the top 3 coins, its rate has gone up by more than 3% against BTC.

The key data of XRP, EOS, LTC, and BNB are looking the following way.

Autumn has started more than positively for the third most popular cryptocurrency. Its rate has soared by almost 40% against BTC since September 17.

On the 4H chart, XRP keeps located in the ascending channel formed in September. The short-term forecast is bullish against the relatively high trading volume. Thus, the lines of the MACD indicator are looking upward, suggesting the ongoing domination of buyers.

Summing up, XRP is about to achieve the level at 3400 satoshi till the end of October.

Our previous EOS price prediction is coming true, as the coin keeps located between the levels at 0.00037 BTC and 0.00038 BTC.

EOS has almost won back the lost positions after a drop at the end of September. At the moment, the coin is forming a Triangle pattern with a further rise to 0.0003950 BTC. This level might be reached in a few days. EMA 50 confirms the coin growth, as EOS is located above the Moving Average. Thus, the RSI indicator is also going up.

Litecoin is trading according to our recent forecast and the current level is not the bottom yet. Sellers are dominating the short and long-term scenarios.

On the 4H chart, nothing indicates the buyers’ pressure. The trading volume index is declining, confirming the price decrease. Besides, the RSI indicator has reached the oversold area yet which means that the rate can go deeper. In this case, the closest level is the yellow range where the price might reach shortly.

Binance Coin might have touched the local bottom and now can show short-term price growth. Its rate has increased by almost 1% over the last day.

The native exchange of the Binance exchange is likely to show a price revival soon. BNB is currently located within the Triangle pattern with a possible breakout upward. The MACD indicator also confirms the bullish tendencies. Respectively, one should expect Binance Coin at the level at 0.0021 BTC until the end of October.