Denys Serhiichuk
Is there a chance for the perspective altcoins to grow? 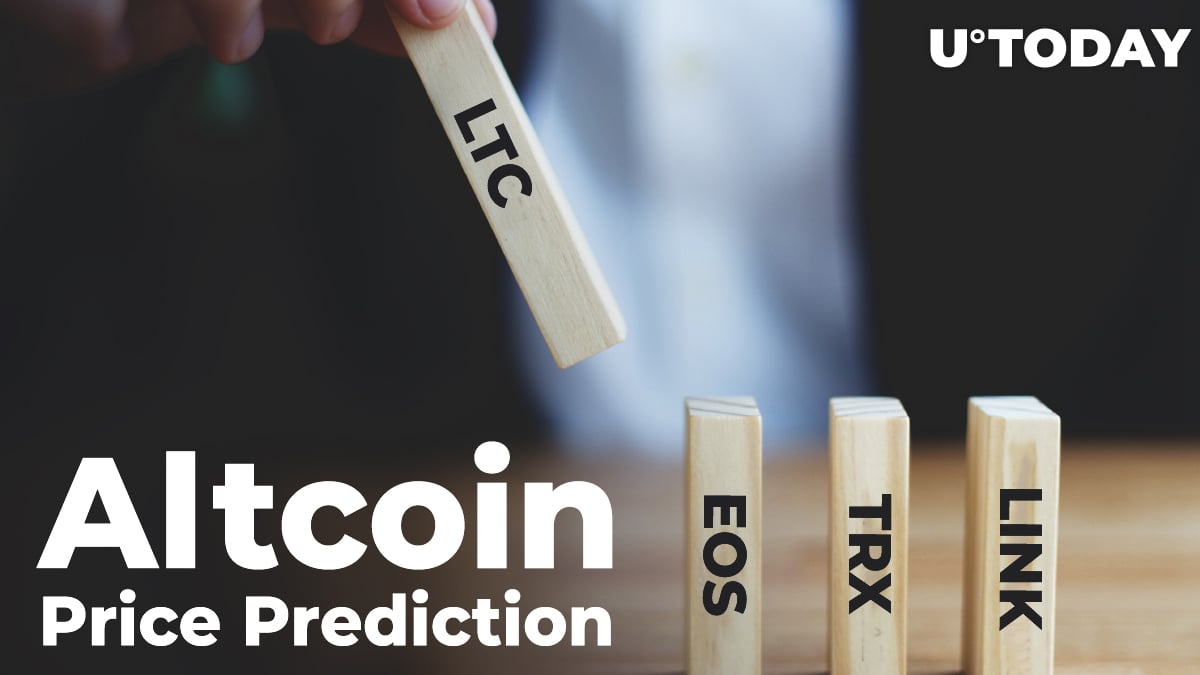 While Bitcoin is slowly but surely going up, altcoins are not losing their chances and keeping up with the growth of the first top crypto. Moreover, the rates of the top 10 coins are located in the green zone in correlation to BTC. The biggest gainer is EOS whose price has rocketed by almost 2.57% over the last 24 hours.

The key indicators of Litecoin, EOS, TRX, and LINK are looking the following way.

Even though Litecoin has been located in the green zone over the last day, it keeps trading within the descending channel.

On the 1D chart, the price of the ’digital silver’ declined deeper every time after each bounceback. Such a tendency is confirmed by the decreasing trading volume. Currently, LTC is trying to fix at the resistance level at 0.007 BTC. However, one should expect a potential decline in the area at
0.006 BTC soon due to the absence of the buying volume.

EOS is the biggest gainer today out of the top 10 coins, its price has increased by 2.57% over the last 24 hours. The price of the asset has been located in the uptrend channel since September 25.

According to the chart, EOS is about to face a correction soon as the coin has been decreasing without any significant rollback. Besides, the RSI indicator is located on the verge of the overbought zone, suggesting an upcoming decline. Summing up, EOS is likely to trade within the corridor between 0.00037 BTC and 0.00038 BTC until mid-October.

After a continued decline started at the beginning of June, TRX is trying to show short-term growth. Its rate has gone up by more than 3% over the last day against Bitcoin.

On the 1D chart, the quotes have been located in the uptrend since the end of September. The rising MACD indicator also confirms the ongoing price rise.

Furthermore, the trading volume index is coming back to its previous high positions. In this regard, TRX is likely to reach the level of 210 satoshi in a few weeks.

LINK is also in the list of the gainers. Its rate has gone up by around 3% over the last day.

On the 1D chart, LINK is located in the overbought area according to the RSI indicator. Regarding the nearest price scenario, the rate is about to be corrected to the closest support zone at 0.00025 BTC. Such a scenario might happen until the end of October.