Yuri Molchan
VET has grown over the last day, swapping positions with XEM 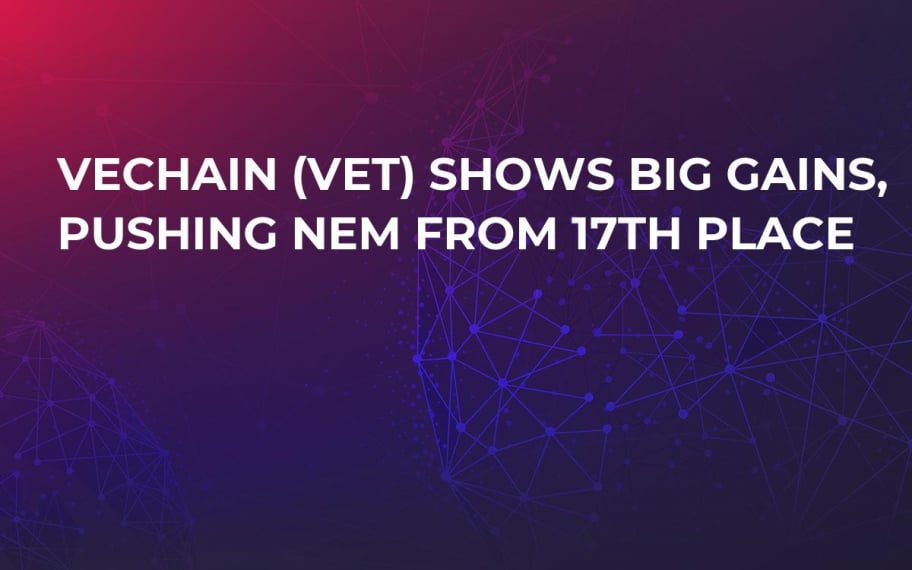 VeChain quotes have been going up the charts in a stable manner lately, making the coin’s cap get over the $1 bln mark. Over the last day, VET has surged by 12 percent and is trading now at $0.018 per token.

Bitcoin market on the rise

BTC rate is also spiking, during August it has increased by almost 270 Satoshi, and now VET is also is included in the top performers of the market. Starting on Aug. 14, the VET quotes have rising three times, thus bringing thoughts of the red market coming to an end. This took place after the token migration was completed on Bitfinex exchange.

Meanwhile, VeThor (VTHO), the reward coin of the VeChain platform, has dropped about 90 percent since the moment it began trading, now going for $0.003. A lot in the crypto community was certain that this asset would show big gains, due to being scarce and having a bigger value. However, low trading volumes and staking which is not complete, have resulted in the asset going down.

At present, VeChain boasts a market cap of $1.03 bln. This makes VET number 17 on the CoinMarketCap scale, pushing NEM out. Now VET is part of the “billion club,” since NEM has dropped below this value.

VET is considered one of the most promising coins by many, despite the low price, and is winning the attention of new investors.