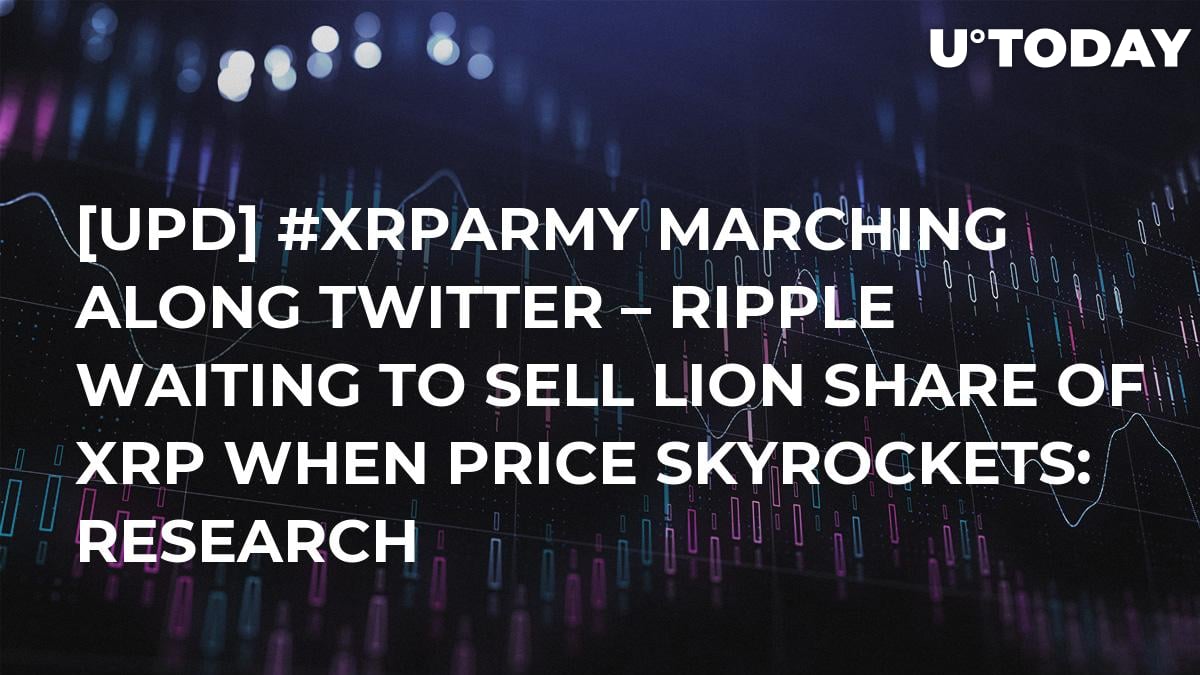 On March 20, U.Today released a news article regarding the so-called ‘XRP Army’ operating in Twitter. Based on opinions of a crypto researcher Geoff Golberg, the news story discussed an unconfirmed theory that Ripple has created a pyramid scheme for promoting its XRP token.

The strategy included pumping the price of the XRP token and gaining as many investors and supporters as possible.

For this particular purpose, the theory goes, Ripple, having taken a great distance between itself and the XRP coin, has launched an XRP Army (#XRPArmy as it is referred to on Twitter).

Due to the various sources used in the article along with some of Golberg’s tweets, the conclusion was offered that top Ripple executives are waiting for XRP to reach an ATH of $10 and then sell the stack of XRP belonging to them (around 60 percent).

However, when U.Today reached out to Mr Golberg for a comment, he did not confirm this data.