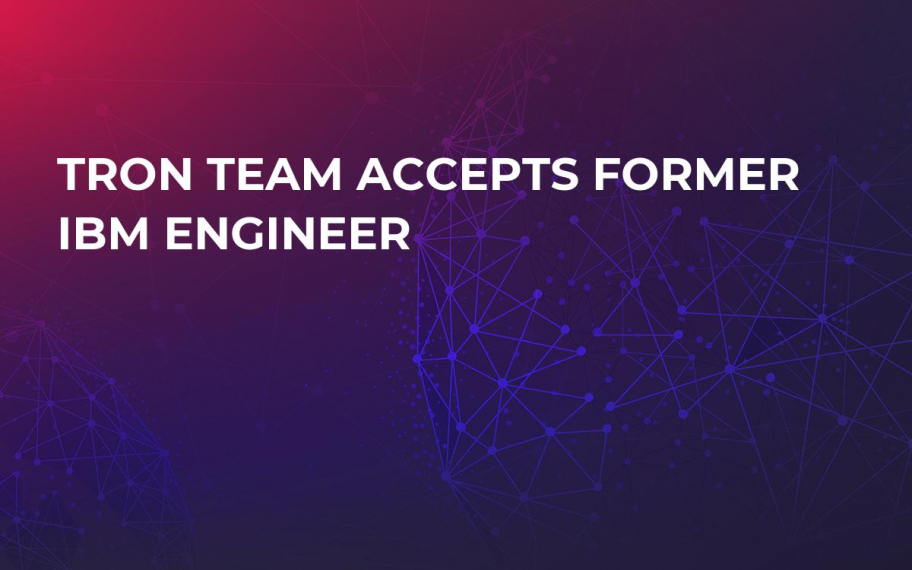 This year the Blockchain area has been developing fast in China and many talented technicians are attracted into this sphere. Among other gems that have joined TRON (TRX) lately is a former IBM IT-engineer Taihao Fu who has both worked in the US and studied there.

He graduated from the Stevens Institute of Technology and got a Master’s degree in computer science.

While working for IBM, Fu took part in developing such engineering projects as Connection-Pink, TBON, Domino Access Service, etc, which makes his technical portfolio quite rich and attractive for employers.

Apart from IBM, Fu has also worked at Marlabs. Inc. and Barclaycard US, where he dealt with data development.

Taihao Fu admitted that he really likes the atmosphere at TRON because the team is doing something amazing and is actually trying to change the world. He is sure that in TRON they are doing a good job and is honored to join them.

Besides, Fu believes that Blockchain is an integral part of the world’s future and is determined to promote this new breakthrough technology with the power of TRON and opportunities that this company provides.

For the past year, the TRON team has been focused on R&D of its public chain, extending its community and establishing its presence around the world.

Now that the launch of the TRX mainnet is drawing closer, every day a new talented person joins the platform’s team. By the end of 2018, the CEO Justin Sun expects his staff to surpass the Ethereum team and be 400 people. In 2019 he expects it to grow well over 1,000.

One may say that with more and more talented technical experts joining TRON, its current and future projects will become more promising and competitive.

Unfortunately, even despite the new excellent team members, for the past 24 hours, TRX has dropped by 8.22 percent. However with the launch of the mainnet in sight, May 31, we may well see the rise of this coin.