Denys Serhiichuk
Can Bitcoin keep up the growth started at the weekend? 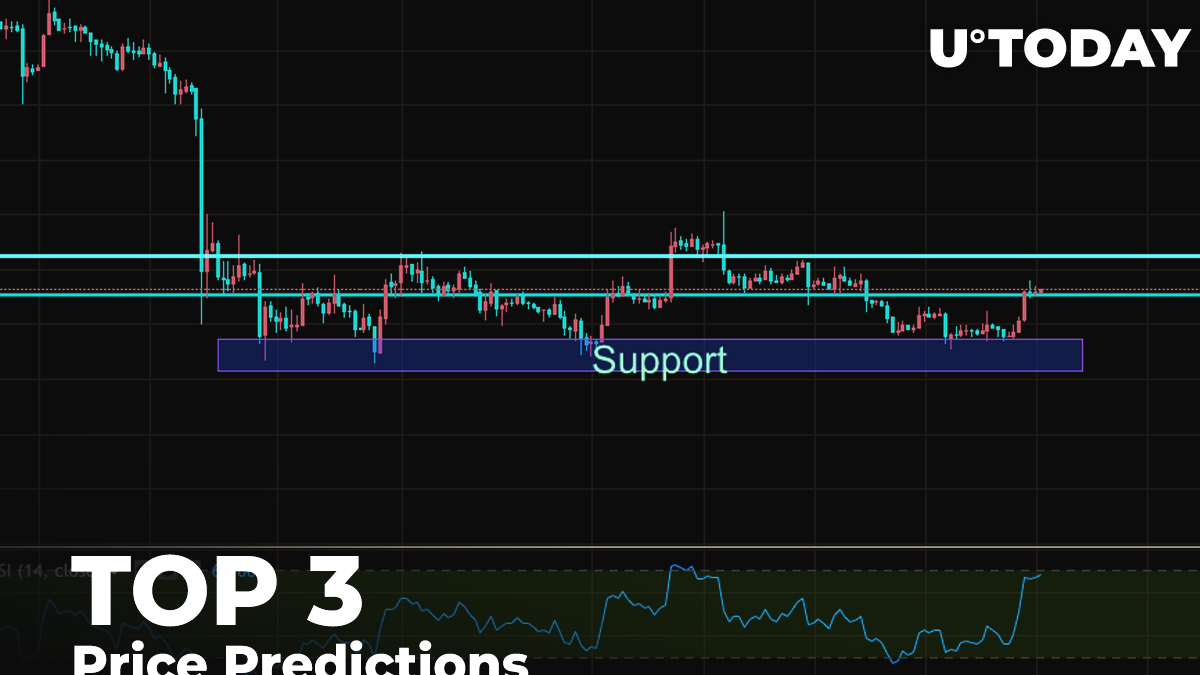 By the end of the weekend, the cryptocurrency market started growing as a result of BTC’s sharp price rise by $200 in a few hours. All the top 10 coins are trading in the green zone. The biggest gainers are Bitcoin Cash and Bitcoin SV, whose rates have increased by 6.12% and 7.16% respectively.

The key indicators of the top 3 coins now look as follows:

Yesterday, Bitcoin bounced off the support zone at around $8,000 and recorded a sharp growth. The price even got over the $8,300 mark on some exchanges.

Although Bitcoin has risen by more than $200 in a few hours, the long-term scenario remains bearish. Over the last month, the leading crypto tried to fix above $8,500 several times. However, it always failed. In this regard, one is likely to see BTC at $8,500 due to the rising trading volume.

Taking into account the historical background, the quotes are about to return to the support area soon. Moreover, the RSI indicator is located near the overbought zone, suggesting an upcoming correction.

Ethereum followed the BTC’s scenario, however, the price rise of the leading altcoin was not so immense compared to Bitcoin.

On the 4H chart, the general picture remains bearish, Ethereum returned to the positions it held on October 18. The chief altcoin remains within the descending channel since the vital $180 level was not reached. Furthermore, the trading volume is low, which prevents buyers from pushing the price higher. Summing up, ETH will reach the nearest support at $170 shortly.

XRP has not followed yesterday’s growth of Bitcoin. The price of the third most popular crypto has almost unchanged as it increased by only 0.25% over the last 24 hours.

According to the chart, XRP has been located in a sideways trend over the last 7 days. In terms of the nearest short-term scenario, the $0.30 level may be achieved, however, there are no prerequisites for a further price rise. The trading volume level remains low, as the RSI indicator looks downward. All in all, the XRP price might roll back to the closest support at $0.28 soon.