Ake Gaviar
The sobering enterprise adoption disillusion: they are not going to use your blockchain and never had plans to. But that’s the good news, you can now be truly independent 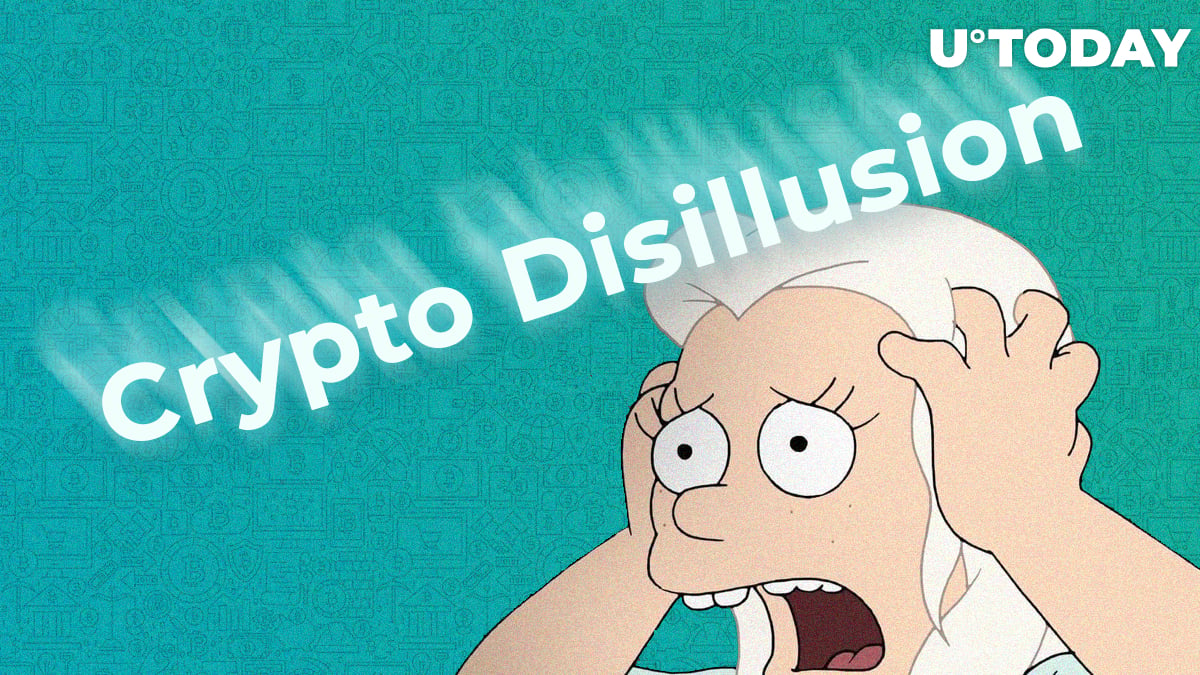 It’s different today, and the sobering disillusion is setting in. It started around 2018, but still has a long way to go — there are far too many people on the fringe of the blockchain space, and there are even more that have yet to get a taste of their first crypto.

Let’s take a very short trip down the memory lane for the proper setting.

Back in 2008 and 2009 and, well, you know the gist and heard the story ad nauseam, you may even have the original Bitcoin whitepaper printed on a poster or have a Bitcoin t-shirt — some people do. What we should remember, however, is the original description of Bitcoin as “A Peer-to-Peer Electronic Cash System”. If you open the whitepaper and CMD-F/CTRL-F for the word “enterprise”, you will get exactly zero results. “Corporate”? Zero. “Company”? One result and it’s in the following sentence:

The problem with this solution is that the fate of the entire money system depends on the company running the mint, with every transaction having to go through them, just like a bank.

It took quite some time for blockchain and crypto to get where they are today, but the major milestones to remember for the perspective of this article are:

2010, May 22 is celebrated as the Bitcoin Pizza Day. There was not a large customer, an enterprise, a company, or pretty much any business involved in the transaction of 10,000 Bitcoins for one pizza. The first known real-world transaction happened between one crypto enthusiast and another crypto enthusiast.

2011 — WikiLeaks started accepting Bitcoin for donations. This was the year when Visa, Mastercard, and Bank of America blocked any fund transfers to WikiLeaks, and PayPal froze all funds that it believed to be associated with Julian Assange’s project. The peer-to-peer electronic cash system seemed to be the only viable alternative, and both WikiLeaks and supporters embraced it.

2011 was also the year when Silk Road started and created an unprecedented market for Bitcoin — the only currency that it accepted. The market, of course, had zero regulated enterprise involvement and was pretty much the place for peer-to-peer economy. Vendors sold stuff, customers bought stuff — the two core components were Bitcoin for currency and customer reviews for trust. And it worked.

2013 to 2015 — Vitalik Buterin comes up with the concept of this decentralized world computer that he calls Ethereum, conducts an ICO, and launches the mainnet. By 2015 there was a number of cryptocurrencies — note the emphasis — but Ethereum was different. Instead of being a currency, it was more of an infrastructure blockchain, a Turing complete machine that anyone could use to program and conduct the majority of operations that had been relying on centralized entities. And people — myself included — started getting a lot of wrong ideas. As in what if Microsoft, Walmart, Amazon and so on — the big guys — started using the blockchain, and mainly Ethereum. You could do anything on it.

That gave a whole new rise and push to the enterprise blockchain idea. From supply chain management blockchain projects to everything under the sun pertaining to every aspect of major business operations. Putt all the moving parts on the blockchain. And put it on our blockchain. We were the first, we recognized the potential, we as people, individuals — not the corporate suits — invested early and the big business will have to come to us and buy our coins. How were they going to do it? Who cares, probably on an exchange, centralized or decentralized, what matters is we hold the coins that they need.

Well, in 2018 Kaleido — a startup company offering Ethereum enterprise blockchain solutions — has partnered with Amazon. This must have been a dream come true, but it wasn’t. What Amazon is offering on its AWS marketplace is a private Ethereum solution whose only connection to the mainnet is tethering. Other than tethering, there’s no use of ETH. The private networks run without any need of the Ethereum coin that’s trading on exchanges.

Walmart is working with IBM to implement the Food Trust blockchain solution.

There are still quite a few blockchain projects with tradable coins and individual investors stuck in the enterprise monopsony hell. Their last remaining illusion is that a big enterprise — a partnership — will come and start using that particular startup blockchain solution instead of developing its own. And even if that happened, which still might but not on the grand scale some want to believe, that would create the market monopsony — a situation where there’s one buyer and thus has the power to dictate the price, the complete opposite of monopoly, but equally nightmarish.

The unequivocal brilliance of blockchain is not in replicating and mirroring the centralized economy and world structure. It’s neither about catering to the powers that be, nor about going full-on war with corporations. It’s ultimately about truly owning what you own and operating in the peer-to-peer economy — a network economy.

Blockchain provides true ownership of an asset and the entirety of this vast digital space is the economy where you can operate as an individual.

Cryptocurrency was first and it worked. The great enterprise delusion was second. What comes next is the true Web 3.0 where people operate and it’s all about governance and Decentralized Autonomous Communities and Organizations. Where you used to hear “partnership with BigNameX”, you are going to be studying the governance models that are there and the blockchain projects that deliver them. Although this time you, as a network member first, not as an investor in a monopsony market, are going to be independent. And it’s already started — there’s Cyber Republic, there’s Reddit’s Ethereum experiment, there’s U°Community, and many more.