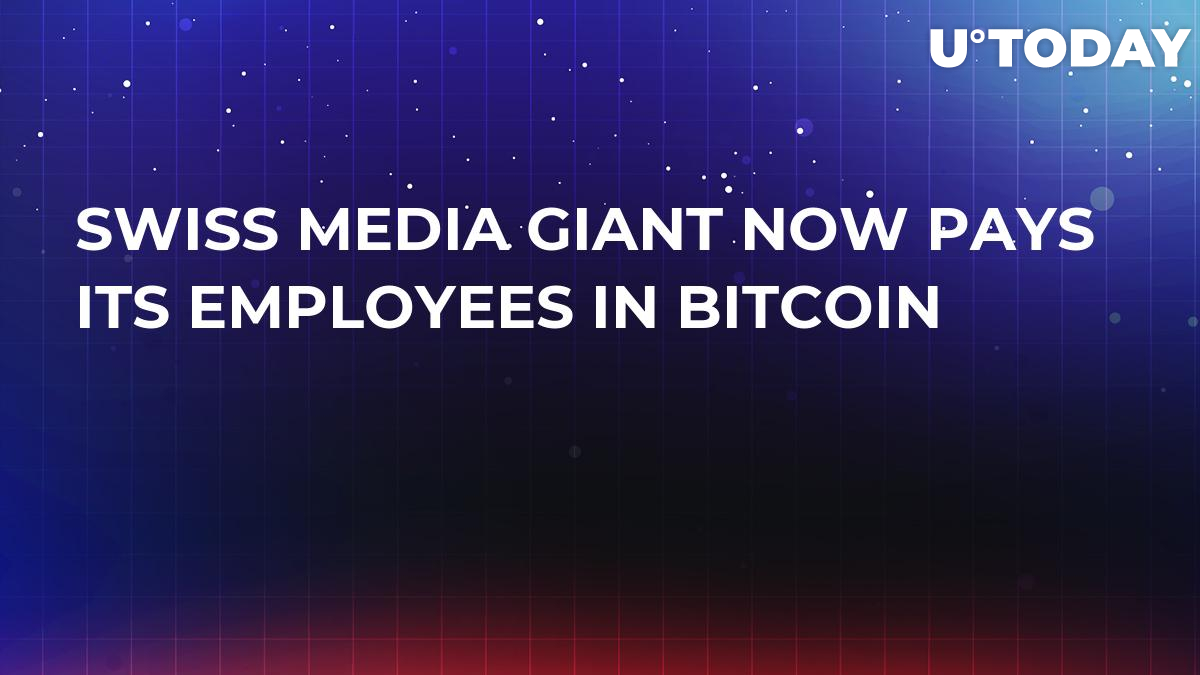 Switzerland-based media behemoth Netzmedien AG is adapting to the new age of money by ditching fiat currencies in favor of crypto. From now on, all 30 employees of the publishing house will receive salaries in BTC, the company’s announcement states.

Related
Over 60 Percent of Crypto Fans Hate Getting Salary in Fiat Money: Survey

The decision to receive salaries in BTC was taken by employees themselves who unanimously opted to receive payment in Bitcoin. There was reportedly no opposition from any of the workers. So far, Bitcoin is the only available cryptocurrency, but Netzmedien AG also plans to add multiple altcoins, such as Ethereum, BitCoen and Jesus Coin.

As reported by U.Today, 31 percent of workers would accept their salary in Bitcoin with men being more open to such an initiative.

Marc Landis, who serves as the editor-in-chief at Netzmedien, claimed that the biggest Swiss companies in the likes of the SBB and Digitec Galaxus have already embraced Bitcoin salaries, which will make other companies follow suit. Fabian Pöschl, one of the long-term editors at Netzmedien AG, reveals that he’s glad that he doesn’t have to deal with cash anymore. In order to pay with crypto, he only needs his phone.

Heinrich Meyer, the CEO of Netzmedien AG, claims that they have already begun converting their assets to cryptocurrency for the sake of diversification. Meyer predicts that crypto will constitute more than half of their total holdings by 2022.