Thomas Hughes
On the weekly chart, we can note that XLM/USD recently broke below the support formed at 0.0185 and has now established new (minor) support at 0.0950. 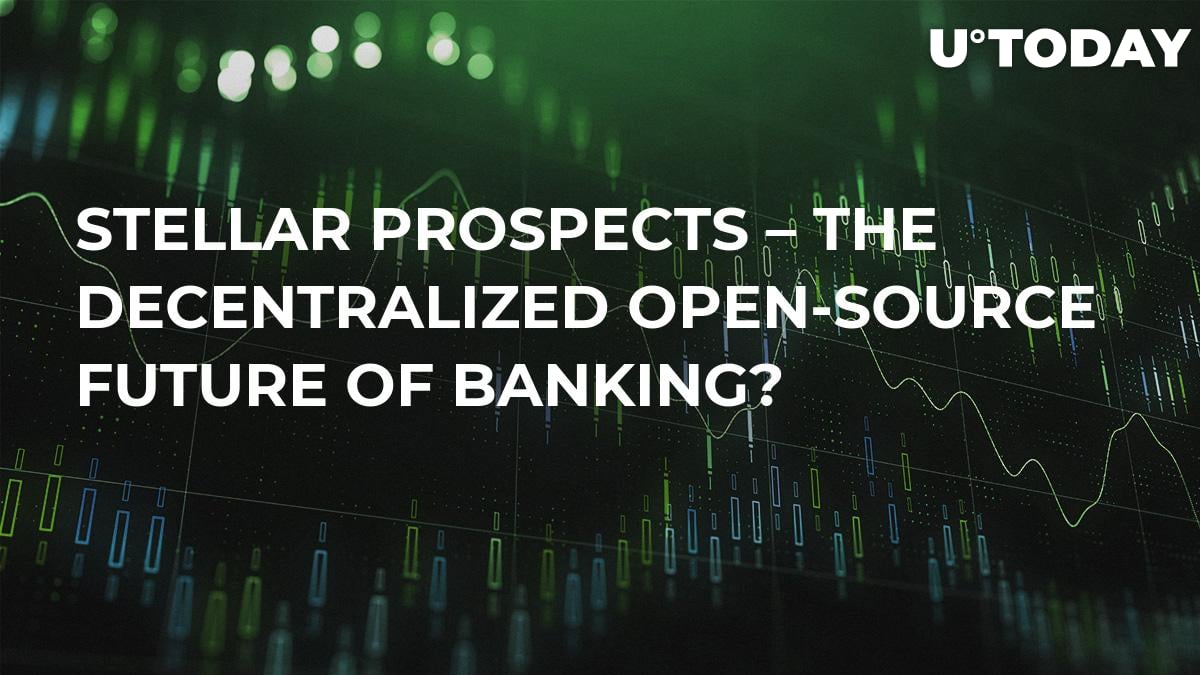 Founded in 2014 by Jed McCaleb and operated by the non-profit organization Stellar.org, Stellar is a blockchain based network that aims to connect banks, people and payment systems in order to create a low-cost, high-speed environment for the transfer of value.

Similar to Ripple, Stellar acts as a cross-border payments system with the goal of reducing transaction fees and allowing the underbanked access to loans, microsavings and cost-cutting. To use their own words: “Move Money Across Borders Quickly, Reliably, And For Fractions Of A Penny”. If all this sounds familiar, that’s because Stellar’s founder, Jed McCaleb, is also the co-founder of Ripple, which is another cryptocurrency focused on the same low-fee, fast transactions across borders model.

Stellar’s native cryptocurrency is called Lumens and the trading symbol is XLM. All three terms are used interchangeably. At launch, the coin was named “stellar” but this was changed later in 2015 to “lumen” in order to distinguish it from the Stellar network itself and from Stellar.org, which is the organization that develops the network.

On the weekly chart we can note that XLM/USD recently broke below the support formed at 0.0185 and has now established new (minor) support at 0.0950. The entire year 2018 was bearish for XLM, but 0.1875 rejected price several times, so it’s recent break is a rather big deal for long term price action. 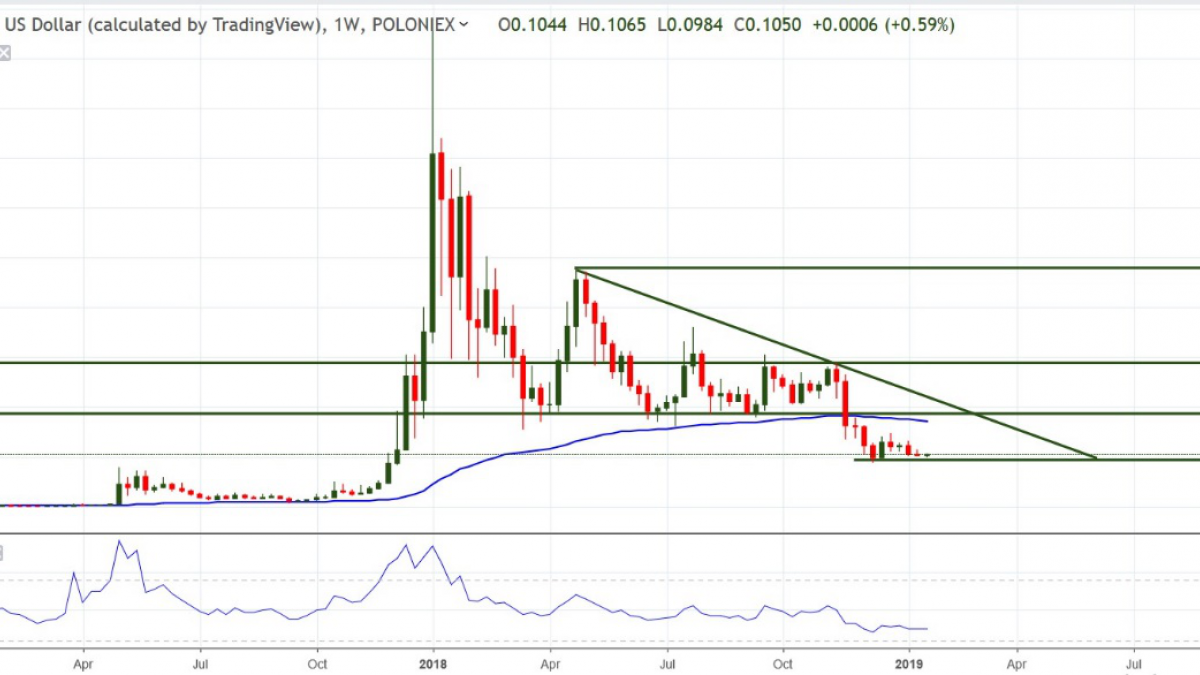 The pair is trading below the 100 week Exponential Moving Average and below the long-term bearish trend line, with a Relative Strength Index that’s moving downwards and is not yet oversold. In other words, all clues point towards a continued downtrend for the months to come, possibly moving into 0.07 area which acted as S/R back in May 2017 and into 0.02 area if the former is broken.

The daily chart tells almost the same story as the weekly chart: a major support zone that rejected the price for almost an entire year was successfully broken (0.1875 area), the pair is trading below the 200 days Exponential Moving Average and below a long term bearish trend line. 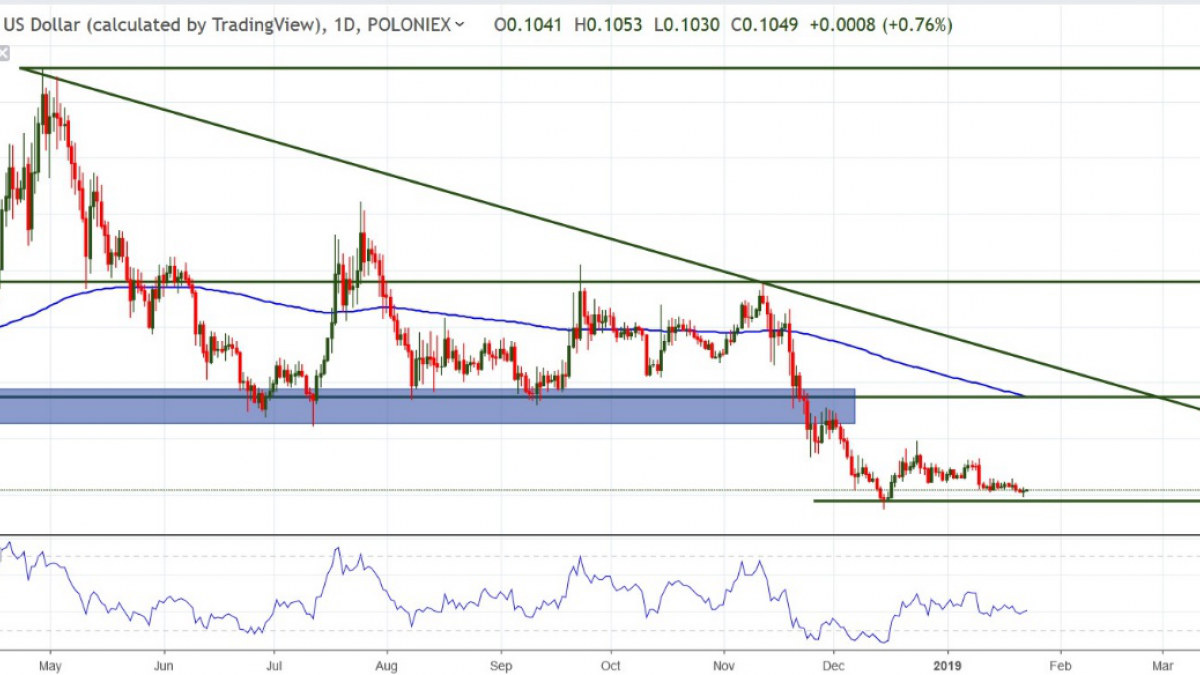 The Relative Strength Index on the daily charts was oversold and has shown minor bullish divergence (the price was making a lower low and the RSI was making a double bottom), which already resulted in a small bounce at 0.0950, but it’s clear the buyers lack the strength to follow through and now price is just drifting sideways without a clear bias.

Given the current lack of interest from the bulls and for all the reasons stated above, this is a bearish chart, with the potential to go even lower if we look at things strictly from a technical standpoint. Of course, if Stellar.org announces new partnerships or developments that are genuinely positive, then surely the coin will rise but as long as the price is trading below 0.1875 and below the bearish trend line, the long-term outlook remains bearish.

Most likely scenario: break of immediate support, continued downside pressure as long as resistance is intact

Alternate scenario: re-test of long term support now turned resistance (0.1875); such a move would have to be fueled by fundamental reasons