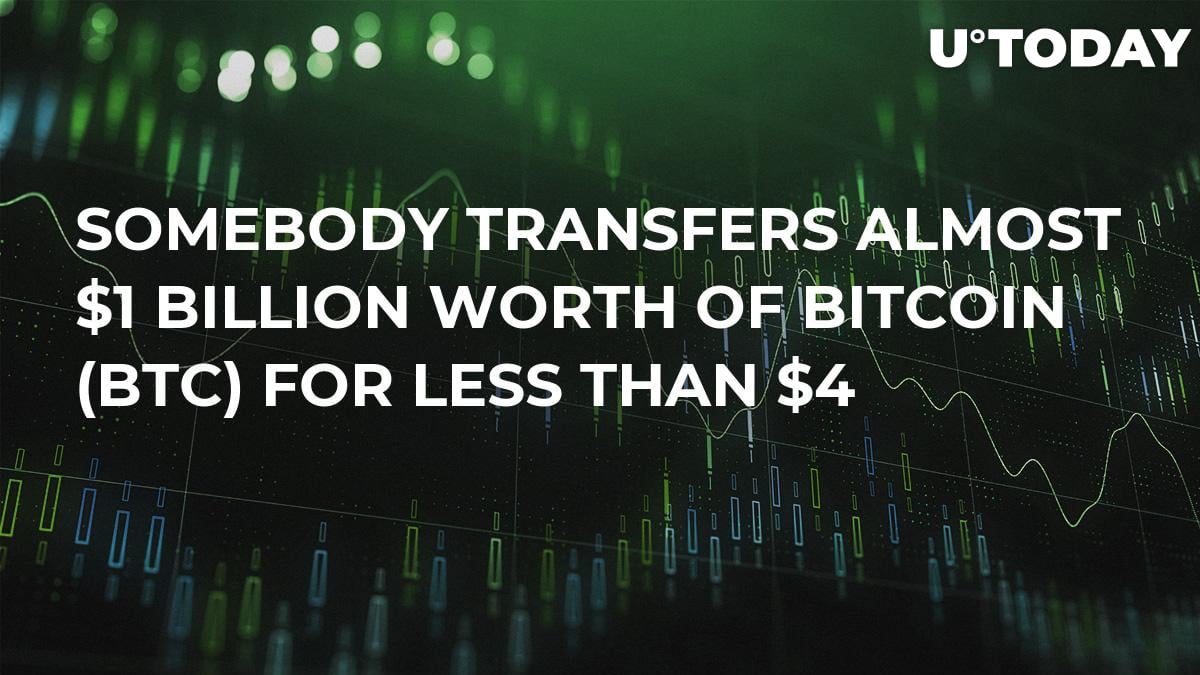 Notably, whoever was behind this enormous only had to pay only $3.90 in fees, Blockchain data shows.

The address, which now boasts $934 mln worth of BTC, would easily make it to the top 5 richest addresses, occupying fourth place under three exchange wallets.

Related
Top 10 Richest Bitcoin Addresses: Here’s Everything That We Know About Their Owners
It goes without saying that such transactions are extremely rare. On Sept. 6, someone made waves in the crypto markets by transferring 94,504 BTC ($788 mln at current prices).  At that time, when the BTC price was hovering around $10,600, this became the largest Bitcoin transaction in terms of value.

Meanwhile, the largest transaction in terms of Bitcoin amounted to 500,000 BTC back in 2015. It would be worth 4.2 bln at today's prices, which would easily allow the wallet's owner to make it to the annual Forbes 400 list.
#Bitcoin News