Ripple Focusing on Where the Money Is – the MENA Region

Darryn Pollock
Ripple has seen significant uptake in the MENA region of the Middle East and North Africa, so it is taking its focus there 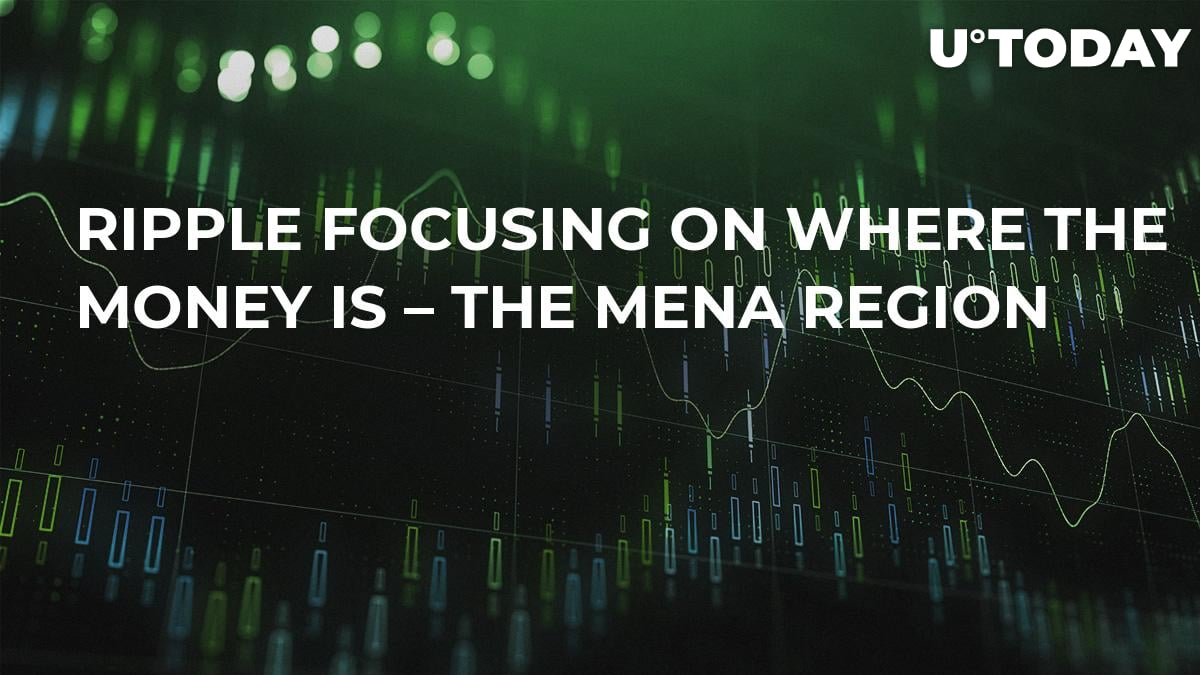 The Middle East, despite the strife and conflict, has grown to be a place of vast wealth with the likes of Dubai and Abu Dhabi shining bright in that region as places of immense wealth. This region, along with North Africa, known as the MENA region, is thus a very important place, especially for Ripple.

Ripple has stated that it is focusing a lot of its attention on the MENA region, and it is a two-part approach as it is aware of the potential there, but it has also seen significant interest from the region already.

Not only is the MENA region one of the fastest adopters of Ripple’s product, but they are also friendly to digital assets in terms of a regulatory standpoint. Since October, Ripple has been trying to expand there in a move which is quite smart.

The banking-focused cryptocurrency XRP and its parent company Ripple have been seeking partnerships in the MENA region, and it is starting to show, as they are starting to see traction.

Ripple’s Head of Infrastructure Innovation Dilip Rao has spoken on the importance of the MENA region, recently mentioning that it is adopting the distributed ledger technology solutions from Ripple at a rapid rate.

They have been signing up banks in Saudi Arabia and UAE and other countries like Oman and Kuwait.

“The enthusiasm of the regulator, the central banks to also encourage the use of Ripple technology to build new infrastructure for payment rails.”

It makes sense that Ripple has decided to focus its efforts into the Middle East, especially with the interest it has there, and also because of the potential in its expanding and impressive banking system.

For Ripple, it is mostly about partnering with banks so they utilize the blockchain assets of their XRP token in order to make the intra-banking payments easier, cheaper and more efficient.

So far, they have seen strong interest from the banks in the MENA region, and are thus driving deeper in. The banking system in the MENA region, especially in the developing middle eastern countries are far less attached to their legacy banking systems, something that has been a handbrake for the general adoption of blockchain and cryptocurrencies.

Banks in the MENA region are thus far happier to use the XRP token and xRapid product to solve visibility and liquidity problems in global remittances.

There are also far more lenient and open minded regulators in the Middle East which are willing to look into the new and forward-thinking options that are out there. It is because of this that Ripple has decided to pursue this region, and should it be a success, it would be the perfect platform to launch a more global offensive in terms of adoption.

Ripple has always been a cryptocurrency which has taken a different path from most others. Its intention is to work with traditional financial structures and help upgrade them rather than replace them, and to this end, it relies heavily on a welcoming regulatory standpoint.

In the MENA region, Ripple has found an open minded general approach to these financial tech rules, and to that end it has seen adoption start taking hold. It remains to be seen if Ripple can totally colonize the MENA region with its solutions, but it is positive that it is focusing in on an area which has an open pathway.