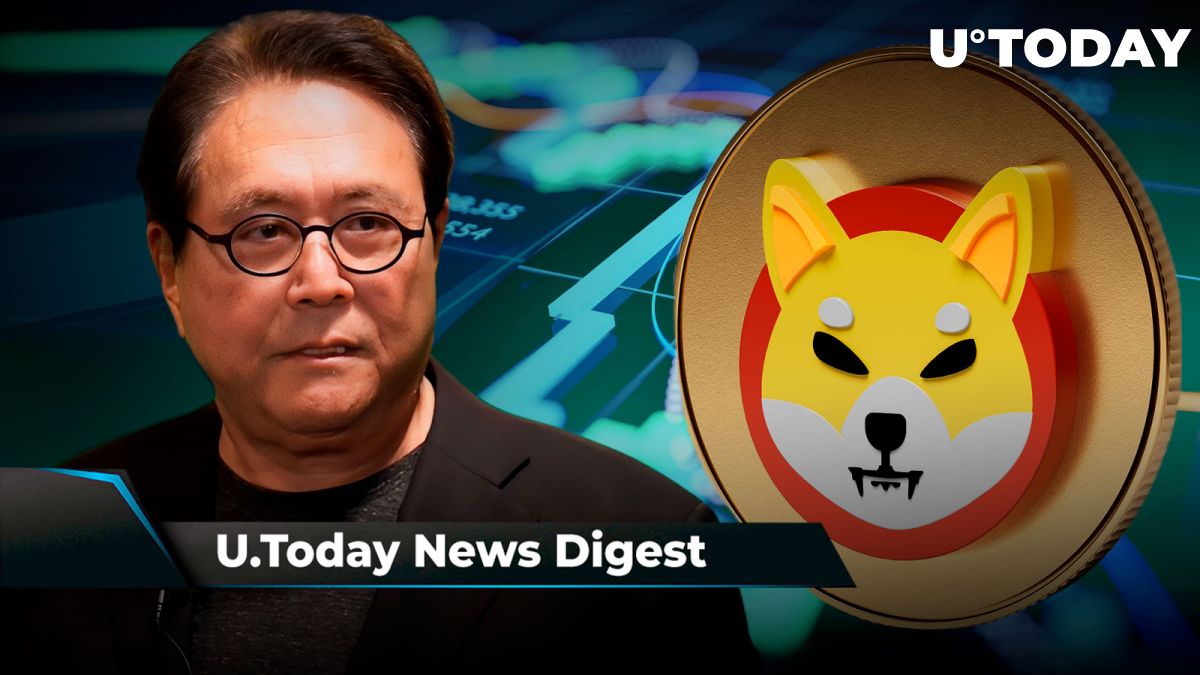 U.Today has prepared a summary of the top four news stories over the weekend. Don’t miss anything important in the crypto industry!

Ripple CTO David Schwartz brought a smile to XRP community members last Sunday while commenting on a post by one crypto enthusiast who goes by @Lee_Saenz_ on Twitter. The latter shared a photo of his new license plates with “XRP • XLM” written on them to show love for the two assets. Schwartz replied to the post by saying that the dot separating both tickers should have been replaced by an ">," jokingly demonstrating his competitive spirit. However, there is some truth in every joke, and it turns out that Ripple is indeed "bigger" than Stellar. According to CoinMarketCap, Ripple’s market cap is six times larger than its competitor’s ($18 billion and $3.11 billion, respectively).

According to latest on-chain data, Shiba Inu has added more holders in recent weeks and has seen the change in the dynamics of its owners’ composition by time held. IntoTheBlock reported that the meme cryptocurrency is recording more addresses that have held the asset for over one year, while the number of midterm holders has slightly decreased. The count of short-term holders, on the other hand, has mostly remained constant. Per the aforementioned data science company, 27% of SHIB holders have held onto their tokens for more than a year, 69% within a year and 4% have held onto their tokens for less than a month.

As reported by U.Today on Thursday, BlackRock, American multinational investment management behemoth, entered into a partnership with Coinbase, the main crypto exchange in the U.S. The partnership implies that the fund will promote Bitcoin and cryptocurrency trading among institutional clients. Such positive news for the entire cryptocurrency market left no one indifferent, including Robert Kiyosaki. The author of the world-famous bestseller “Rich Dad, Poor Dad” opined on the deal on his Twitter page, calling the news great and saying that the entry of institutions into crypto would have a favorable effect on its legitimacy.

Cardano founder explains how much ADA bought with $5,000 in January 2021 is worth now

Cardano creator Charles Hoskinson has replied to a Twitter user complaining about losing money as a result of buying ADA back in July 2021. The unlucky investor wrote that his $5,000 worth of ADA has now turned into $1,500. In response to this, Hoskinson said that if he purchased ADA in January 2021, then it would be worth $6,750. He also added that "markets go up and down" and he does not have any control over it, touching on the volatile nature of the cryptocurrency market. At the moment of publication, Cardano’s ADA is changing hands at $0.53, up 3.68% over the past 24 hours, according to CoinMarketCap.