Alex Dovbnya
In their blog, the Coinhive mining company recently wrote that the project is no longer profitable enough and the team seems unwilling to continue operating 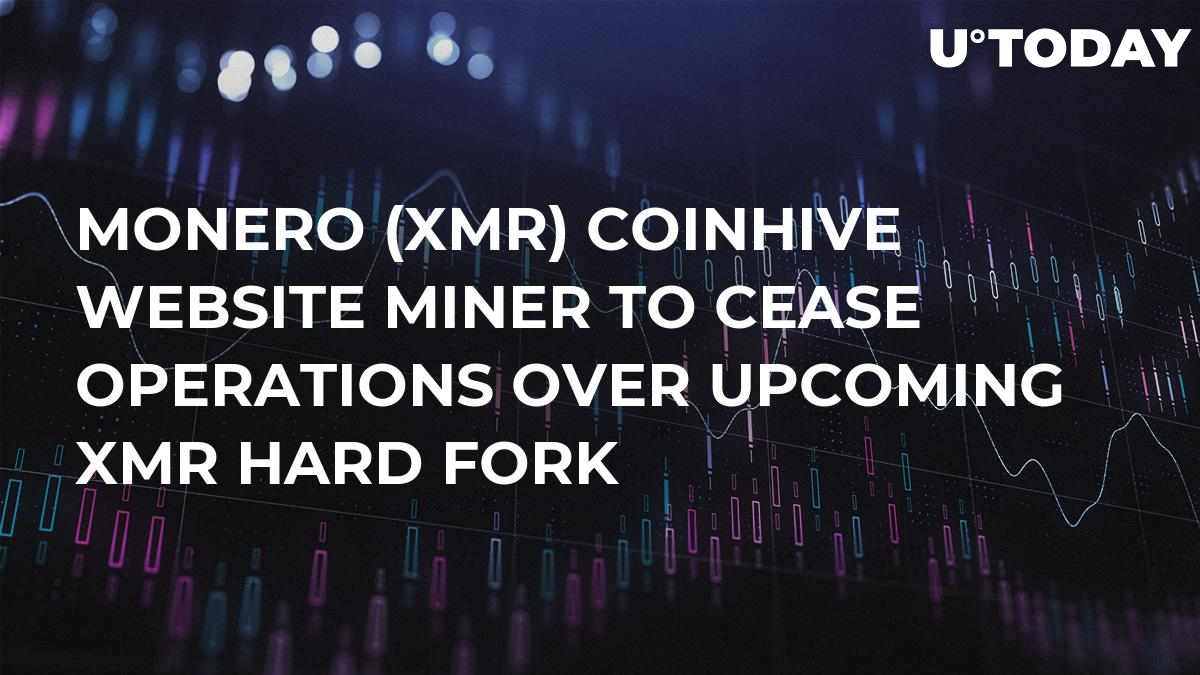 Coinhive, a mining service that mints Monero using browsers, reported the other day that it is about to give up operations due to the fact that further work seems no longer profitable. The company plans to stop working completely on March 8. This was written in a blog post the other day.

In the blog post, the team gave three main reasons for their decision. Number one is the drop in Monero hashrate by 50 percent after the recent hard fork took place. The second one is the collapse of the crypto market last year and XMR dropping by around 85 percent of its value.

The last reason is the upcoming Monero hard fork that is to take place on March 9 at block height 1788000. Apart from Coinhive in particular, the approaching XMR hard fork will make mining difficult for all ASIC users.

Coinhive allows embedding a JavaScript code into a website owned by a user, so that its guests start mining XMR through their browsers, utilizing their computing power in return for ad-free work or any other incentives.

Hackers have attempted to take advantage of this mining code as well for cryptojacking. However, the way it works can be different depending on a particular website.

The service will cease working on March 8. Still, Coinhive will enable its users to have access to their dashboards until the end of April.

After the market setback last year, corporate and retail crypto miners have been making huge losses all over the world. Many are leaving the business and selling their gear as scrap metal.

As for Coinhive in particular, the question remains whether the code for XMR mining will stay on the websites whose owners have installed it.

In a situation almost similar to that, just as early as January 2019, Microsoft took down almost ten Windows 10 apps from its app store after spotting XMR mining code in them.