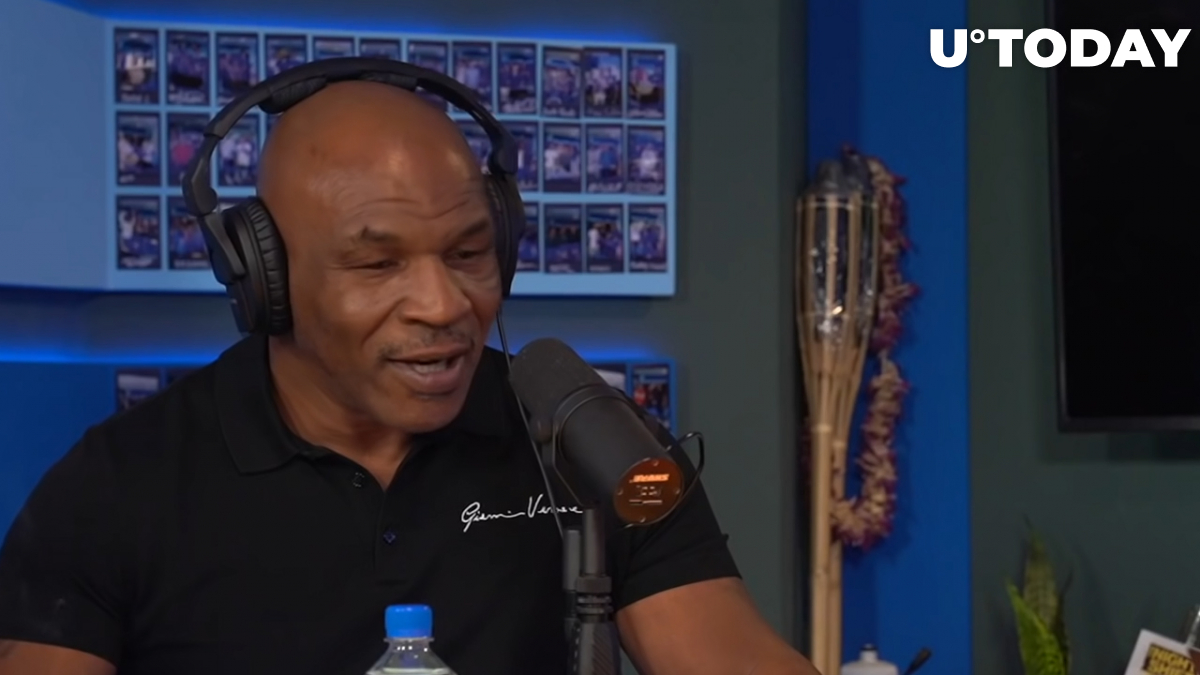 Shortly after declaring that he went all-in on Solana (SOL), legendary boxer Mike Tyson is now asking his 5.7 million Twitter followers how high the price of the token could go.

As reported by U.Today, Tyson, who became the youngest heavyweight champion in history in 1986, also showed off his Catalina Whale non-fungible token that he bought on Solana-powered NFT marketplace Solsea.

One should take investment advice from Tyson with a big pinch of salt. After all, he famously went bankrupt in 2003 after squandering his enormous fortune on mansions, exclusive parties and Bengal tigers.

Some Twitter users accused “Iron Mike,” who once secured $30 million for the infamous fight against Evander Holyfield in 1997, of attempting to pump his SOL bags.

With that being said, JPMorgan recently predicted that Solana could emerge as the leading smart contract platform, challenging Ethereum’s dominance in the decentralized finance space. Bank of America went as far as forecasting that it could become the “VISA of crypto” despite relatively poor decentralization.

Yet, it is facing competition from other “Ethereum killers” such as Binance Smart Chain, Cardano and Terra.