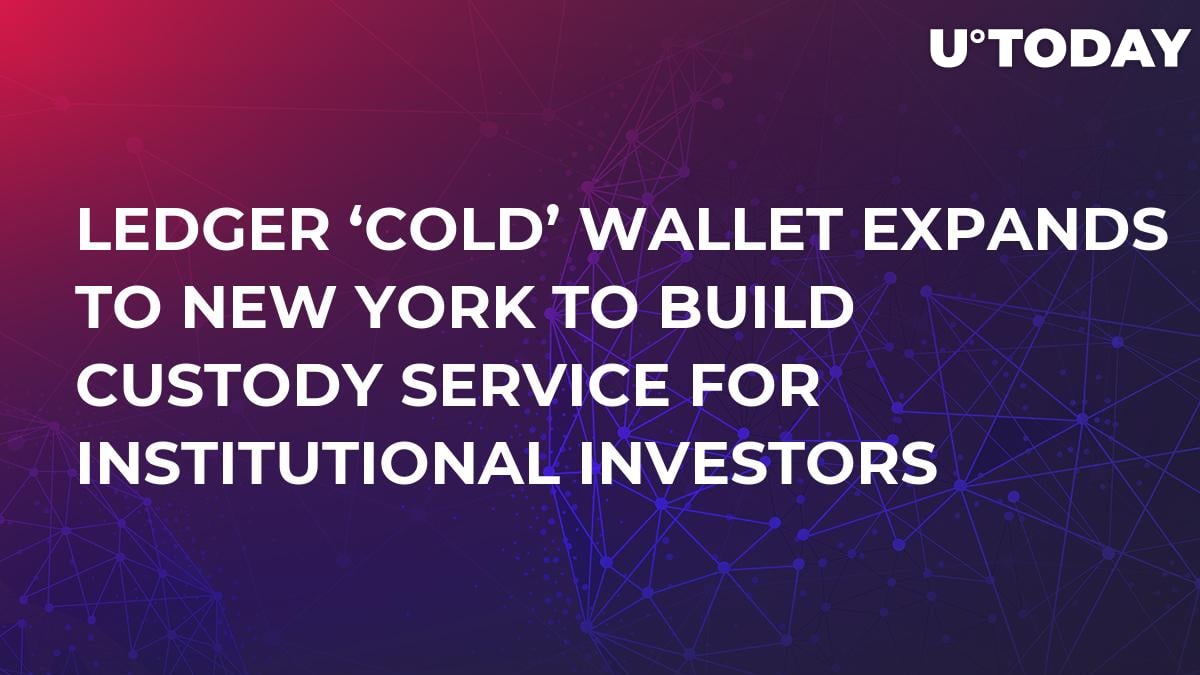 The preliminary launch of the new project of Ledger Wallet, dubbed Ledger Vault, took place in late spring. Demetrios Skalkotos, who used to lead Intercontinental Exchange (ICE), is going to head the newly created section of Ledger towards prosperity in New York.

New head for the new division

The company’s CEO, Pascal Gauthier, believes that NYC is a perfect location for the stronghold of their company in this area.

Ledger has decided to expand its services to corporate customers, following the trend with institutional investors being quite actively involved with crypto lately. Besides, apparently, despite the tremendous red wave that has dominated for the past few days over the market, this trend is growing.

Next year, right as January ends, the Bakkt platform running under ICE expects the SEC to approve the launch of BTC futures, despite the delay of six weeks.

As opposed to this, Ledger Vault intends to offer institutional investors a custody service that enables numerous members of a company to access the same cold storage device.

Back in mid-summer, Ledger published the statistics that, last year, its sales totalled 1 mln hardware wallets. In that post, they mentioned their plans to involve technical monsters like Samsung and Google’s GV as partners for subsequent investment stages.

Rivals and scammers on the horizon

In October this year, another payment service company, Square, also began creating a cold storage solution. This sphere now seems to attract even fraudsters, since last week, competing crypto wallet maker Trezor alerted the crypto community that the market is about to be flooded with fake Trezor wallets, warning crypto fans to watch out and not to waste money on counterfeit devices.