Julian Assange Gets More Than $30,000 Worth in Bitcoin Donations 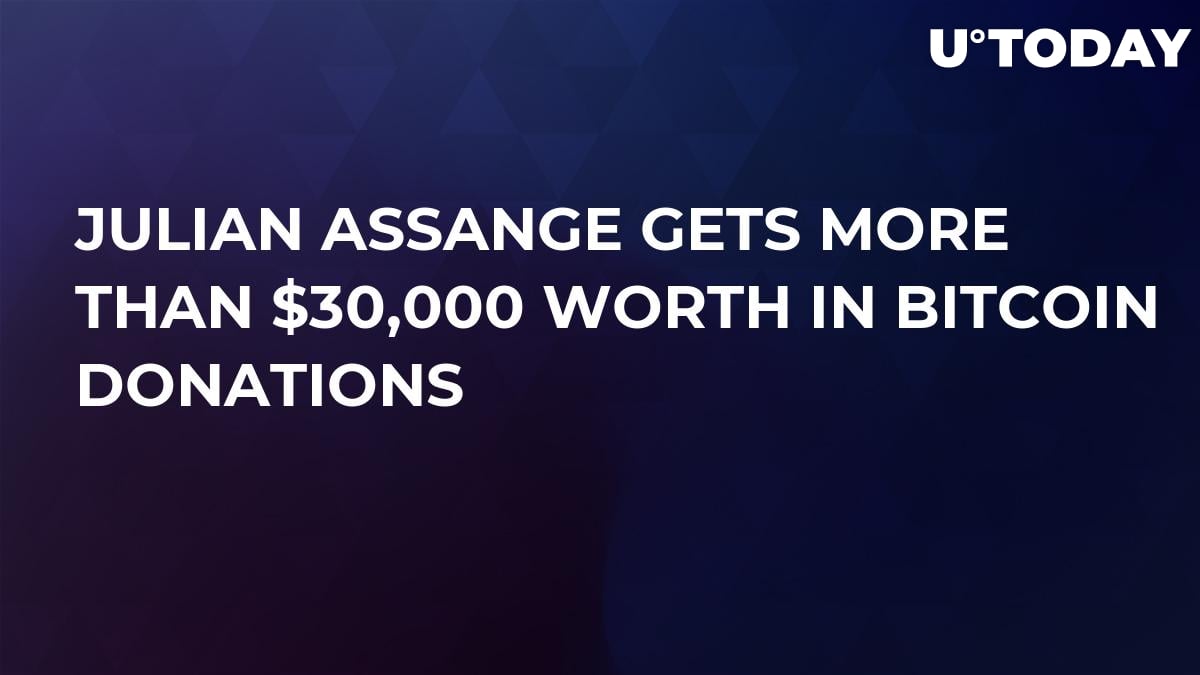 Julian Assange, whose controversial arrest on Apr. 11 sent shockwaves around the globe, has netted more than $30,000 worth in Bitcoin donations. The WikiLeaks founder is currently facing extradition to the US that would result in him getting a life sentence.

The first batch of donations (2.61 BTC) was received shortly after the arrest of the prominent whistleblower, but the campaign keeps growing in proportion. At the time of writing this article, the wallet address has 6.20 BTC ($31,473) with 267 transactions.

Apart from Bitcoin, WikiLeaks also accepts contributions from their proponents in Zcash (ZEC), the so-called ‘privacy coin’ that makes it impossible to track transactions. As of late, they also accept Dash (DASH) though CoinPayments.

We now accept Dash on the shop through coinpayments

Bitcoin as the embodiment of free speech

WikiLeaks, the controversial news organization that publishes private, secret, and classified materials from anonymous sources, has been accepting cryptocurrency donations for quite a while. By 2017, they managed to accumulate more than $22 mln worth of BTC because of amazing returns. Back then, Assange publicly thanked the US government for cutting him from funding given that this decision prompted them to embrace the most profitable cryptocurrency of all times.

As reported earlier by U.Today, British far-right activist Tommy Robinson also got a sizeable amount of BTC after his imprisonment that was seen as a direct threat to free speech.