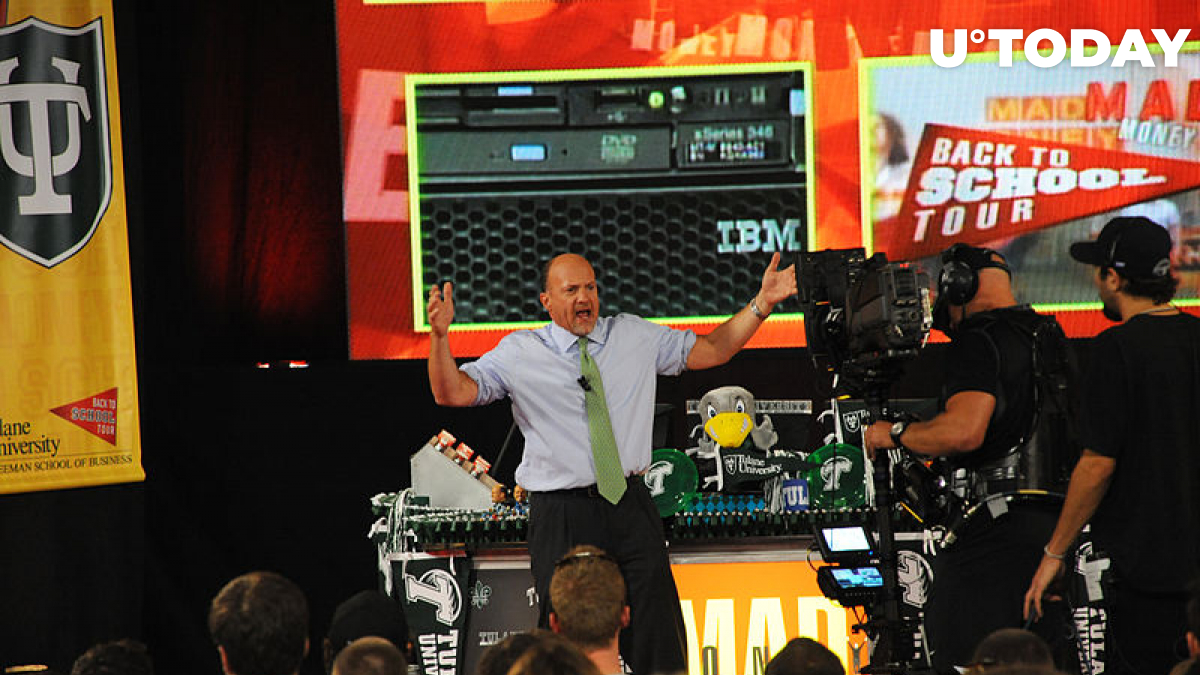 Popular stock picker Jim Cramer has issued a stark warning about Dogecoin in his recent tweet, claiming that the biggest meme coin is an unregistered security.

please be careful with Dogecoin...It is a security. It will be regulated. We will find out how many there are and how many are being created each day to make money for the exchanges.

Cramer seems to suggest that the only purpose of meme coins is to make money for cryptocurrency exchanges.

The CNBC star urged his followers to exercise caution when dealing with the canine cryptocurrency.

In response, Dogecoin co-founder Billy Markus advised Cramer to learn more about blockchain, asserting that Dogecoin doesn't quality under the Howey Test since it is a proof-of-work cryptocurrency that is similar to Bitcoin.

in terms of “security,” it is a proof of work cryptocurrency so you have to put in work to retrieve the coins from the block, it doesn’t qualify under the howey test. it works the same as bitcoin. in fact, its 99.5% the same code as bitcoin. please educate yourself.

This is not the first time that the longtime “Mad Money” host has thrown cold water on Dogecoin. As reported by U.Today, Cramer was dismissive of the cryptocurrency even during the peak of the frenzy in late April.

In October, he said that it was fine to speculate on cryptocurrencies as long as buyers realized the risks associated with them:

As long as you recognize the very real possibility that the whole investment case for crypto rests on the greater fool theory, you’ve got my blessing to speculate on it.

Cramer confessed that he had bought Bitcoin and Ethereum because he was "gambling on crowd psychology."

Related
Here's When Flagship Cardano DEX Will Enable Swapping
Dogecoin became the talk of the town in 2021 because of its enormous rally, which was partially propelled by Tesla CEO Elon Musk’s incessant tweets. The bubble eventually popped in early May after Musk’s widely covered “Saturday Night Live” hosting debut.

Despite collapsing 80% from its record peak, the meme coin remains afloat because of continued support from Musk and a vibrant community.

Earlier this January, some of Tesla’s merchandise became buyable with Dogecoin.
#Dogecoin News