Tomiwabold Olajide
Price of Bitcoin dropped as much as 9%, hitting its lowest point since late July 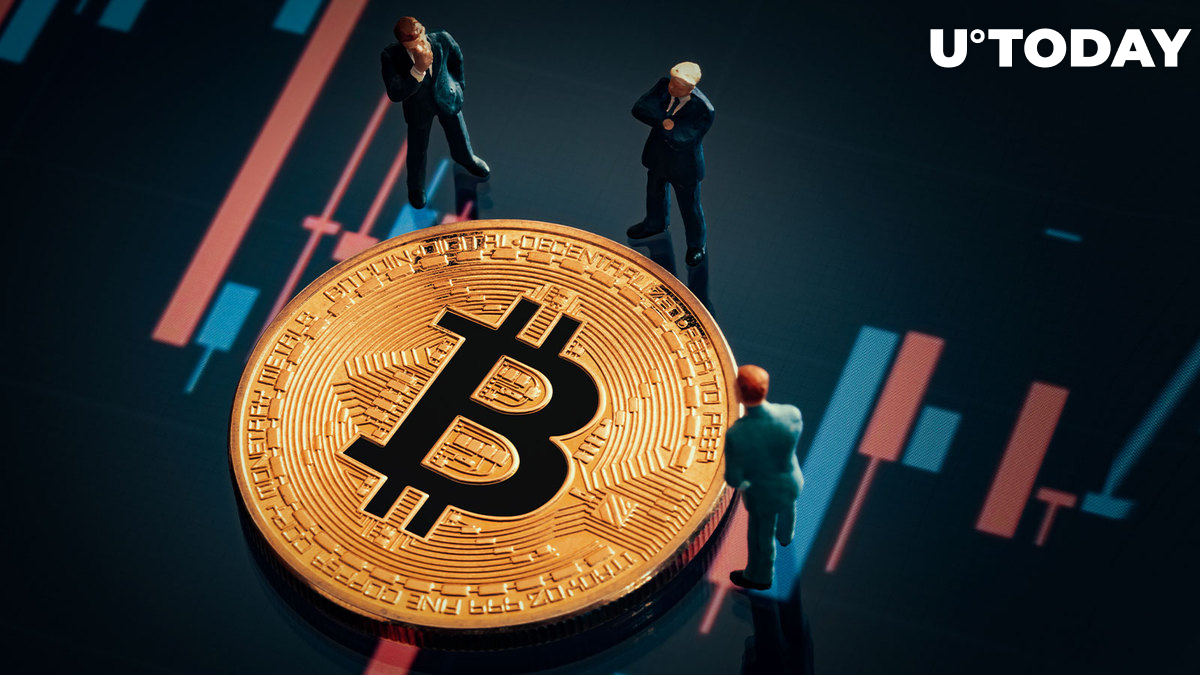 According to Cryptoquant data shared by Ali Martinez, Bitcoin miners appear to have profited from the last Bitcoin price rise above $25,000. According to the chart provided, miners sold 5,925 Bitcoin for a total value of almost $142 million during the past two weeks. This demonstrates that following the recent price increase, aggregate miners seized the chance to take some liquidity, possibly to strengthen their balance sheets and minimize risk. Miner stress appears to be resuming after an earlier drop. This slightly fell after peaking in June as BTC values dropped under $20,000.

#Bitcoin miners appear to have taken advantage of the recent upswing to book profits. Data shows that miners sold 5,925 $BTC in the last two weeks, worth roughly $142 million. pic.twitter.com/slcO7SstOZ

As reported by U.Today, long-term holders, particularly those who purchased their Bitcoin close to the market top in 2021-2022, also had a role in the selling pressure on the currency.

Since LUNA's collapse in May, according to Glassnode, there has been a net outflow of -300,000 BTC from long-term Bitcoin holders (LTHs) and exchanges, in favor of short-term holders (STHs).

📊 #Bitcoin is staying relatively flat at $23.4k, but its profit vs. loss transaction ratio is creeping up to 'yellow flag' levels. Meanwhile, #Ethereum is finally outputting a much safer ratio this week after some very heavy profit taking in early August. https://t.co/CB79m9dkbE pic.twitter.com/RXfXTdkfuu

On-chain analytics firm Santiment earlier flagged that Bitcoin profit takes were rising as its price fell from the $23,000 mark.

Cryptocurrencies experienced a severe sell-off as markets around the world declined due to increased monetary policy uncertainty. The price of Bitcoin dropped as much as 9%, hitting its lowest point since late July. At the time of writing, the largest digital coin had cut losses slightly and was trading down 7.31% at $21,742. According to data from Coinglass, positions in cryptocurrencies worth $552.79 million were liquidated over 24 hours, with Bitcoin accounting for $203 million of that total.

Related
This Bitcoin Indicator Gives $22,400 as Most Important Level To Hold, Here's Why

At its price of $21,742, Bitcoin is presently trading below the realized price, which is $21,773, which represents the average value of the BTC coin supply as of the most recent on-chain transaction. With BTC prices below the realized price, the short-term outlook remains mixed. The crypto fear and greed index has returned to "fear," indicating apprehension levels on the market.