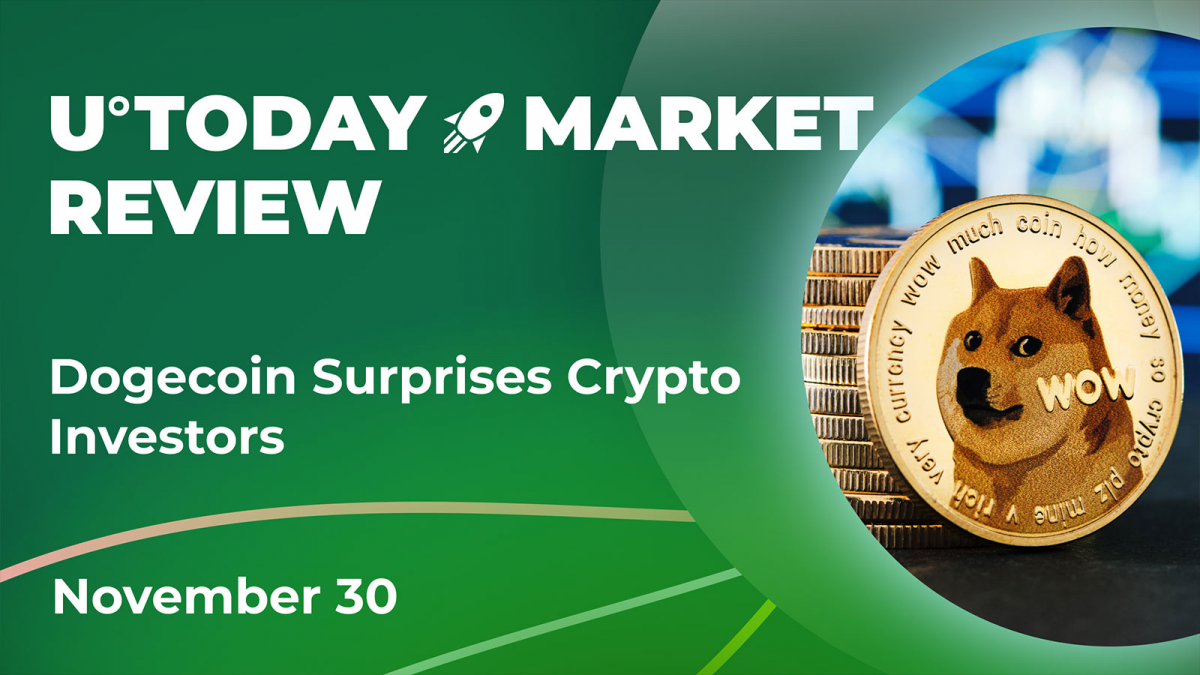 The long-awaited recovery of the cryptocurrency market is finally here despite being purely speculative and most likely short term. Some positivity could be a sign of a potentially stronger recovery in the future.

Rumors are strong fuel, especially for the cryptocurrency market and projects related to it. Thanks to rumors, DOGE was able to bring triple-digit returns to its early investors. In this case, rumors and assumptions about Twitter implementing Dogecoin flew back into the heads of retail investors, and the result is yet another price spike of the biggest memecoin on the market.

Usually, DOGE's market cycles have consisted of an explosive and short-term pump, swift 10-20% reversal and gradual tumbling to pre-pump levels. However, the meme coin deviated from the aforementioned market growth scheme and the most recent price performance on the market proved that point.

In the past eight days, DOGE gained 40% to its value while losing more than 50% of its value from the local top reached back in the beginning of November. Such behavior on the market is highly unusual, which is why making any prediction becomes extremely complicated.

In the upcoming days, a bullish cross between the 50- and 200-day moving averages is expected. The signal might become a catalyst for the acceleration of the rally. However, the main problem of DOGE is a high percentage of speculative traders who rely on the aforementioned rumors and false news.

In addition to Bitcoin's spike to $17,000, Ethereum did not fall behind the digital gold and made an attempt to swing toward the $1,300 price threshold. Unfortunately, the initial momentum was not enough to reach the important price level, and Ether has returned to $1,250.

However, the breakthrough above the 21-day moving average is the first sign of an upcoming reversal that ETH desperately needs. Due to the lack of network activity, Ether's price has been tanking for almost a month now.

With the lack of network usage, Ethereum will most likely remain inflationary despite the change of the consensus mechanism and a significant drop in issuance. However, the historical data suggests that low activity on the network is temporary and the deflationary mechanism will start working again even without the help of throughput-consuming applications.

At press time, Ethereum is trading at the $1,267 price level and is trying to reach the important psychological resistance level at $1,300. The successful breakthrough would make a run to the 50-day moving average possible, which is the first barrier ahead of a recovery run.